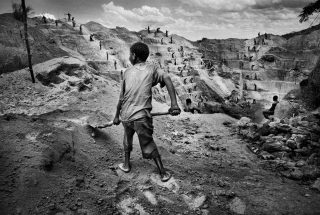 Mining giants Glencore received a subpoena by the United States Department of Justice (DoJ) last week for its documents and records in an ongoing investigation into corruption and bribery in Nigeria, Venezuela and the Democratic Republic of Congo. Two of its US shareholders have accused the company of making false disclosures about its accounts.

In response, Glencore said yesterday that it had set up a committee of board members to co-operate with the subpoena issued by US authorities. Members of the committee include Glencore’s Chairman Tony Hayward and non-executive directors Leonhard Fischer and Patrice Merrin.

“The company will cooperate with the DoJ, while continuing to focus on our business and seeking to maximise the value we create for our diverse stakeholders in a responsible and transparent manner,” Chairman Hayward told Reuters. The companies share price fell by more than 12 percent after the announcement was made, its biggest one-day fall in two years.

Glencore is no stranger to controversy. The mining company has, many times, been accused of using child labor in the DR Congo to mine copper, sometimes the children doing this while being 12 feet underground. Though the company denies it, however, investigations showed that there were evidences of Glencore receiving metals from these mines using child labour. It has also been accused of destroying the environment in DR Congo by dumping metal waste into rivers. Of course, these have occurred with the knowledge of DR Congo authorities, allegedly with money exchanging hands.

It was also accused last year of short-changing the DR Congo government of about $440 million after the company loaned Israeli billionaire Dan Gertler $45 million to help them secure mining rights in DR Congo. These revelations came out in the Paradise papers, an investigation by more than 90 media houses around the world into a leak of 13 million files on tax haven registries for some of the world’s biggest companies.

Nigeria’s involvement in the subpoena might be related to Petrobas’ (Brazil’s state oil company) decision to sell some of its assets in Africa worth $2 billion earlier this year. Glencore, and another oil company Vitol, backed Nigerian oil firm Seplat to purchase some of Petrobas’ assets.

The sale is part of Petrobas plans to “sell its 50 percent stake in an African oil exploration venture as part of a wider divestment plan and offload a $21 billion assets through mid-2018 and cut debt.” Reports say the asset, which is an oil exploration venture off the coast of Nigeria, would be won by a Nigerian firm due to government pressure and the insistence of Nigeria’s president Muhammadu Buhari, through his Executive order 5, for more of Nigeria’s resources to be owned by Nigerian companies. If this deal happens to be part of the US investigation, then it is quite possible members of the Nigerian president’s cabinet will be implicated.