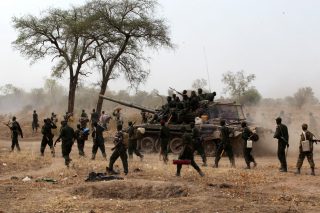 On Friday, May 29, the United Nations Security Council (UNSC) adopted a resolution that would run till May 31st 2021 on arms embargo, travel and financial sanction for targeted individuals in South Sudan.

In achieving this resolution, the United States (US) drafted a document and received 12 votes in favour of the agreement. Russia, China and South Africa refrained based on the argument that sanctions are not conducive in promoting peace deals.

The agreement states that a midterm review of the resolution is to take place on December 15. This shows the US readiness to consider adjusting measures through modifying, suspending, lifting or strengthening relations with South Sudan.

By the end of October, the body is expected to provide a report showing the role of arms embargo in implementing the 2018 peace deal as well as provide options for developing certain standards in South Sudan. South Sudan is advised to finalize its transitional government cabinet and fully implement all provisions of the 2018 peace deal, as well as access to humanitarian provisions.

The resolution brings high hopes for South Sudan in its peace process alongside its newly formed transitional government. Nevertheless, there are still concerns over the reoccurring violence happening in South Sudan which could affect the newly signed peace deal.

Amnesty International’s director for east and southern Africa Deprose Muchena supports the renewal of arms embargo saying “it is crucial to curtailing the flow of weapons that have been used to commit war crimes, human rights violations and abuses”.

However, the US acknowledges the reduction in violence and ceasefire as well as the struggle to tackle the novel coronavirus that’s is greatly affecting the country. But concerns are raised over the political, security, economic and humanitarian situation in the country.

As “human rights violations, misuse of funds, harassment, targeting of civil society, humanitarian personnel and journalists” are high. They are condemnable and unacceptable as it undermines the stability and security of South Sudan.

South Sudan has been making efforts in removing the country from the US sanction list, as this sanctions hinders South Sudan from accessing loans from the International Monetary Fund (IMF) and World Bank. It also denies the country access to foreign investments and aid amid its growing economic troubles.

If implemented and reviewed, the arms embargo resolution is a step towards removing South Sudan from the sanction list and economic growth.