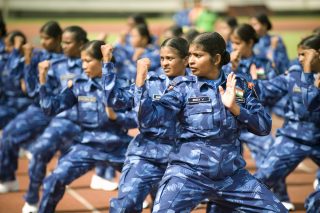 The United Nations declared an end to its Peacekeeping mission in Liberia on Thursday, 15 years after two consecutive civil wars ended in the West African nation. The United Nations pulled out its remaining peacekeepers with the confidence that Liberia can take care of its own security needs.

The UN Peacekeeping mission to Liberia became imperative after the second Liberian civil war ended in 2003 with tensions surrounding the transition from war to stability. The first Liberian civil war began in 1989 and ended in 1996, with the election of Charles Taylor as president of Liberia.

The first civil war was one of the goriest in Africa’s history, causing the death of more than 200,000 civilians, out of a population of just 2.1 million people, with many millions displaced too. The second civil war began in 1999 and ended in 2003, but not before thousands of people were killed, and thousands more displaced.

The UN deployed peacekeeping troops into the country, also known as UNMIL, with soldiers from the United States, Britain, Nigeria, etc making up the numbers. The UN describes Peacekeeping missions as ” a powerful tool the international community can deploy to help countries manage the fragile transition from conflict to peace”, a quick summary of the role the UN Peacekeepers have played in Liberia for 15 years.

Liberia’s new president, George Weah, alluded to this fact during the farewell speech in a joint address with UN Deputy Secretary General Amina Mohammed. “This mission contributed to the restoration of peace and stability in Liberia,” he said, “We salute the men and women in blue helmets who came from far and near, some of whom paid the ultimate price for peace”.

For George Weah, witnessing UN peacekeepers leave his country would serve as a metaphor for how the vestiges of reminders of Liberia’s bloody civil war are slowly fading away. The former football player, who was sworn in as President of Liberia in January amidst much good will, will now be focused on the role of reducing Liberia’s poverty rate, among many other economic reforms.