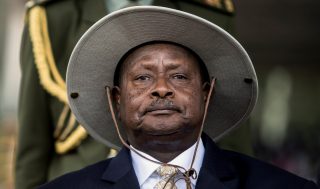 According to a report, the country’s debt is estimated to reach 49.9 percent by the end of June 2021 as opposed to 41 percent in 2020 (which amounted to $15.27 billion). This means that the pandemic slowed down economic growth for FY2020/21 by nearly half of what it recorded in FY2019/20 due to the uncertainties that came with it.

In the country’s FY2021/22 budget, the Ministry of Finance has projected that public debt could surge to nearly half its annual economic output by June 2021 due to fresh borrowing to fund financial stimulus packages for its badly hit economy. According to the budget, Uganda’s debt will peak at 54 percent in the fiscal year ended June 2023 before starting to decline.

The economic dependence on borrowed funds that Uganda, like many other African governments, got roped in to boost economic stimulus as the pandemic persists tend to have created a problem that would take years to fix as it risks a debt crisis.

This uptick in debt would create drag in the economy which would also trigger a rise in headline inflation as prices of commodities would increase. These would further spur job losses, low-income earnings, reduced flow of remittances, loss of market and demand for domestic products.

In June 2020, the World Bank projected that the country’s economic growth in 2020 would plunge to as low as 0.4 percent from 5.6 percent in 2019. By December, the bank noted that Uganda’s real gross domestic product (GDP) grew at 2.9 percent in FY20, less than half the 6.8 percent recorded in FY19, due to the impacts of the pandemic which crippled domestic activities that lasted for over 4 months.

Uganda’s opposition and the International Monetary Fund (IMF) have in recent years expressed concern about the huge public debt and potential repayment problems it could create. About two-thirds of its public debt is held by external creditors including the World Bank and the IMF. President Yoweri Museveni’s administration in the last decade has borrowed from China to fund infrastructural and political campaigns.