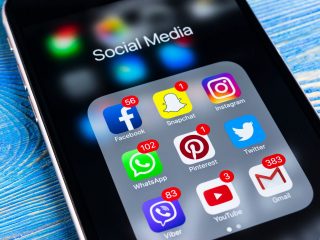 Uganda counting the costs of its regressive social media tax

African countries that plan to start taxing online services can take caution from Uganda, whose decision to introduce a tax on mobile online services is hurting its economy.

Internet costs in Uganda became prohibitively high after the government in July 2018 imposed taxes on over-the-top services (OTTs) – the use of networking sites and mobile phones for money transactions.

Under the Social Media Tax, a daily levy of Ush200 ($0.05) was placed on more than 60 online platforms including social media giants WhatsApp, Facebook and Twitter. This was supposed to tame “idle talk” online and raise revenue.

Part of the bill also saw a one percent tax imposed on the transaction value of payments, transfers, and withdrawals, leading to an increase in mobile money charges.

Over a year on since the implementation of the controversial bill, which sparked an outcry from government critics and rights groups, Uganda is counting the costs – a drop in internet usage, stalled economic growth, and loss in government revenue.

Reports indicate that the number of internet users in the eastern African nation dropped by some 30 percent between March and September 2018, largely due to the social media tax.

In the three months following the introduction of the levy, the number of internet subscriptions to such services fell by more than 2.5 million, according to the Uganda Communications Commission.

Taxes imposed without public consultation and impact assessment have increased barriers and pushed people offline, limiting access to information and services, a recent report by Mozilla and the African Union Commission (AUC) on the regulatory treatment of OTTs said.

“We’ve seen new taxes in the past two years leave millions of people struggling to deal with the costs of getting and staying online,” Policy Adviser for Mozilla in Africa, Alice Munyua, was quoted as saying by The EastAfrican.

According to the Mozilla-AUC report, the drop in users also had a broader economic impact on Uganda, with the country losing 2.8 percent in economic growth and Ush400 billion ($108 million) in taxes.

At the time the tax was imposed, the government said the legislation was meant to raise revenue for public services. However, the tax has not generated the anticipated revenue, bringing in just 17 percent of the targeted revenue a year after its introduction.

More so, the technology and financial sectors have been hit. As of February this year, the number of people paying the tax for sites listed as OTT had fallen by 1.2 million. While the value of mobile money transactions also fell by almost a quarter, to 14.8 trillion Ugandan shillings between June and September 2018.

Munyua added that the regressive regulatory measures are taking place as governments rush to introduce digital transformation initiatives. “And instead of focusing on how to connect more people to the internet, the region is building barriers that keep them off it,” she said.

With the limited reach of formal banking services in African countries, many people rely on mobile phone companies to carry out financial transactions. Also, a huge number of small businesses leverage social media platforms to market and sell their wares.

Considering the regressive effect and damaging impact of a social media tax on the Ugandan economy, experts have urged African governments to utilize the ICT sector for economic growth and social inclusion, and not as a cash cow.