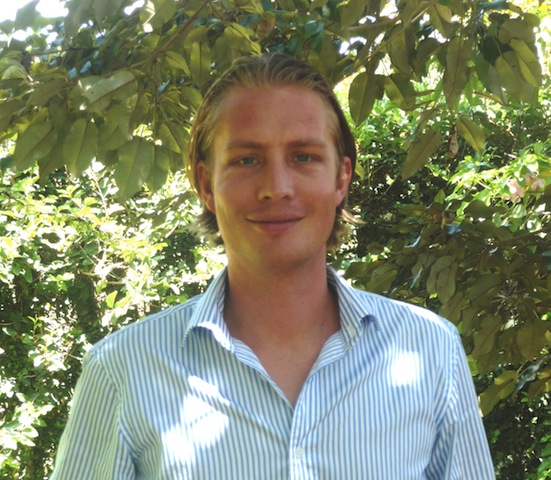 There is not a doubt that Uganda has made a huge stride in mobile health. While neighboring country, Kenya, has made a name for itself with innovations in mobile money transfer, Uganda has made outstanding progress in improving access to health services using mobile technologies.

For instance, Ugandans can easily verify whether a doctor and or clinic is licensed or not by simply sending an SMS.  From fastening the diagnosis of HIV-infected babies to educating users on sexual and reproductive matters, not forgetting that  just recently we reported how students in Uganda have invented a hand-held pregnancy scan-like machine called WinSenga, Uganda is indeed proving to be East Africa’s testing ground for new m-health innovations.

Text To change (TTC)  is one of Uganda’s earliest m-health inventions.  The organization specializes in interactive and incentive based SMS programs, addressing a wide range of health issues including HIV/AIDS, malaria and reproductive health. Founded by dutchman, Bas Hoefman, TTC has transitioned from a pilot project to a scaled m-health project with operations in 12 countries in Africa and 2 in South America.

“When TTC started in 2007 there were no case studies or proofs of concept on text message-based health education programs.  We began a pilot in Uganda with the help of mobile operators, infectious diseases professionals, and the pharmaceutical industry and later from software developers. We have since grown to cover other countries across the continent,” says Hoefman

Hoefman who previously was a banker in Europe was inspired to start TTC after learning about rapid the growth of mobile technology in Africa.

“I watched a documentary about mobile money in East Africa and the first thing that came to my mind was if so many people in Africa have mobile phones why can’t we then have health information sent to them via mobile phones?,” recalls Hoefman.

He describes TTC’s first project as one of the first largescale m-health programs in Africa, which targeted 15,000 people, sending them a health quiz via SMS.

“Executing the program without doing endless research was the best thing we could have done and we learnt a lot from that. Just do it was our motto,” he reckons.

“We noted a 40 percent growth in the number of people going for HIV testing in Uganda as a result of sending them an SMS quiz and reminder. Within five years we have become one of the biggest players in mobile for development especially in health,” he explains.

TTC has since led the way in using interactive text messaging for health in Africa and has so far implemented over 40 successful mHealth programmes.

However, given that this was one of the earliest projects in m-Health in the country and it was being steered by foreigners, Hoefman and his colleagues did not have an easy ride.

“At the beginning we got the short code number 666 which is the devils number in a highly religious country making it very difficult for us to engage with users. As a foreigner, I also did not know how to handle things in Uganda. It took us more than a year after our first pilot to implement any projects because a lot of people were skeptical about the idea of m-Health and the place for mobile for development in an African country,” Hoefman reminisces.

Over the years, TTC has worked on projects in partnership with the United Nations, World Health Organization, and United States Agency for International Development (USAID), the Dutch Ministry of Foreign Affairs, Family Health International and The Aids Information Center among many others.

The organization, which has partly been donor funded over the years, also executes demand driven programs by being subcontracted by development agencies.  TTC is now looking for ways to become sustainable.

“At the moment people are not willing to pay for health information just yet. I think there is a business model in m-Health but it all depends on the service you deliver.  You need to have a thorough understanding of the end users’ needs. We are an NGO funded partly funded by donors but in the next five years we would like to be sustainable,” he says.

Hoefman reckons that they have recently started Research Africa, a research company that will conduct research for NGOs and the private sector.  (www.researchafrica.com)

“One of our recent projects was a hand washing campaign in partnership with USAID and consumer goods company Unilever which involved collecting information on people’s perceptions on Unilever’s soap brands and personal hygiene,” he explains.

Such projects, he adds, will in the long run help finance TTC work.

“That is the new way to run development aid; taking a more sustainable approach that is not dependant on donors. A more business like approach will do Africa more good that freebies,” says Hoefman.

Hoefman assert that Uganda’s technology sector is ‘very vibrant with energetic young people who are tech savvy’. He adds that although over the last five years he has witnessed all kinds of initiative and platforms where people communicate on ICT, it is still hard for local talent to get noticed.

“Kenya is the big giant in the region and has world renowned products but when it comes to M-Health, Uganda is ahead.  Uganda has created the perfect environment to execute m-Health and mobile for development in general,” he quips.