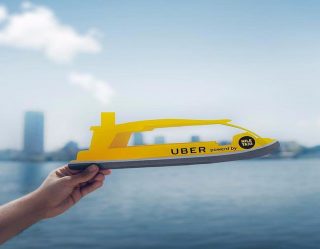 In a bid to solve traffic congestion caused by the deplorable state of roads in Lagos, Nigeria. The State government and international ride-hailing firm Uber are joining arms. This comes after the company launched a boat service called UberBoat.

The General Manager of Uber West Africa, Lola Kassim and the Governor of Lagos State, Babajide Sanwo-Olu, this week addressed the impact the operation of UberBoat will have on transportation in the commercial hub.

“We are aware of the man-hours and productivity that are lost every day due to vehicular traffic in Lagos and are looking at ways to provide commuters with an easy and affordable way to get in and out of the city’s business districts,” Kassim said.

UberBOAT is expected to provide another means of transportation via the waterways. “Riders can leave their cars at home and instead utilize the waterways as a means of getting around faster,” he added.

As earlier reported by Ventures Africa, Uber diversified its business portfolio in Nigeria after it launched a water transportation business in partnership with Texas Connection Ferries. The partnership birthed UberBOAT in Lagos, and this is coming at a period the state’s road network leaves commuters with incessant holdups.

Meanwhile, Governor Sanwo-Olu, who recently declared a state of emergency on Lagos road said the government supported the innovation by UberBOAT because it would assist in reducing road congestion by diverting Lagosians to the waterways.

“We collaborated with Uber because of the shared vision to utilize the waterways more as a means of decongesting the city. We remain excited at the prospect of scaling this initiative up and taking it further,” Sanwo-Olu said.

Nairametrics also reports that there have been talks that the number of cars on Lagos roads is more than the size of the road. While the government has not been able to reduce the number of cars, it is convinced that UberBoat is a viable alternative.

No doubt, this partnership is strategic to both parties. A collaboration with the state government gives Uber enough leverage to compete with Gokada’s G-Boat, which began operations five months before UberBoats.