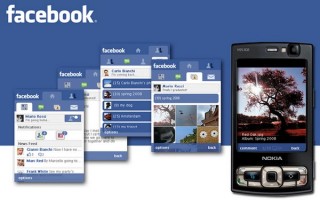 True continental doors: Facebook grows in Africa with users in Nigeria and Kenya

These statistics, coupled with the continent’s growing population and a possible revenue market ironically created by the high cost of data and low signal informed the company’s recent expansion into Africa, as they launched their first office in South Africa two months ago. The company intends to work with local mobile phone companies like ‘internet.org’, where Facebook users can access to the site for free, as well as introduce other applications, such as Facebook Lite, that require a small amount of data to run.

For now, Facebook is focused on three African markets – Nigeria, Kenya, and South Africa – because of their population and level of development. However, the social media company plans to expand business to other African countries overtime. Nicolas Mandelsohn, Vice President of Facebook Europe, stated that the company’s next billion users is coming from Africa, therefore Africa plays a significant role in the company’s growth.

In Kenya, Information Technology and innovation is on the rise. The nation, whose government severely restricted IT about 20 years ago, now encourages and promotes technological innovations like mobile money service – Mpesa.  The country is also planning to build its fifth internet undersea cable. And just yesterday, President Kenyatta launched “Make it Kenya” in Milan, Italy, where he is visiting for an expo.

The ‘Make it Kenya’ campaign is aimed at promoting Kenya’s position as a global leader in tourism, commerce, and investment. The launch also included a new digital portal called “MakeItKenya.com” to connect the country with the rest of the world through computers, smart phones, and other digital devices. According to Kenyatta, with all its achievements at the moment, Kenya’s profile has never been stronger.

For Nigeria, its global recognition for this year alone says it all. At the Cannes Lion International Festival of Creativity held in February 2015, Insight communications, Nigeria’s biggest marketing communications agency made the country proud by bagging the Press Lions National Diploma award. Nigeria’s impact on technology worldwide and its knowledge of IT is visible through the amount of technological devices that are present in the country today. Slot Nigeria, an indigenous mobile phone retail chain, has received support from big tech brands like Samsung, Lenovo, Blackberry, Intel, Microsoft, and Sony to move its business to the online market. This move puts it at par with foreign outfits like Amazon.com and shows the development of the retail business in Nigeria.

These advancement in technology and innovation, underscore why these countries are choice ‘entry points’ for Western companies looking to expand into Africa.