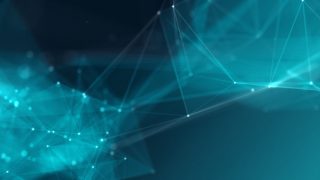 Baracoin: How Tribal Nexus Ltd is encouraging seamless and profitable commerce in Africa

Despite being one of the poorest populations in the world, Africa’s financial services companies, ranging from traditional banks to mobile money services, charge exploitative prices for basic services. Coupled with other factors ranging from high foreign exchange rates and uncertainty, to expensive remittances, African currencies have become increasingly volatile. This is particularly a problem in most African economies as they are commodity-driven and reliant on imports which they can only purchase using foreign currency; thus, the fluctuations may drive uncertainty and cash shortages, which in turn contributes to poor economic performance and limited development.
In light of this, Tribal Nexus Limited, a team of Dubliners from a wide spectrum of backgrounds and areas of expertise who met at University College Dublin, teamed up with experts on commerce in Africa to develop a stable digital currency, Baracoin.

Baracoin is a digital currency, leveraging blockchain technology and the stability of the Euro, to provide a purpose built digital currency which will help promote trade and development on the continent of Africa, as part of our vision to advance a cashless, mutually beneficial economy on the continent. It does this by being stable, transparent, low cost, easily and quickly transferred across regional and national borders. It’s complementary token, Baratoken, also issued by our blockchain, helps it achieve these goals by giving merchants a way to reward and retain customers, giving them discounts, as well as giving users access to a number of services in development by Baracoin.

Ventures Africa had an interview with Dr Robert Maweni, CEO Tribal Nexus Limited and Co Founder of Baracoin, whose interest in utilizing blockchain and cryptocurrency tech seeks to provide a mutually beneficial financial ecosystem in Africa. In this interview, Dr Maweni sheds more light on what Baracoin aims to accomplish in Africa, and the advantage Africans stand to gain from a digital currency backed by the Euro.

Ventures Africa (VA): What are the major differences between Baracoin and the other existing cryptocurrencies in Africa?

Dr Robert Maweni (DRB): There are number of differences. First of all, Baracoin has been designed with African in mind from the beginning. It is the result of developmental researchers, economists, actuaries, blockchain developers and other experts coming together to design a model that will work for the people of our continent. It is thus, community focused with real world applications and on the ground engagement. An example of this community engagement are our Community Development Projects, which are aimed at improving the lives and health of the ordinary citizen.

It is also fundamentally different, in that it stable, backed by Euro deposits, a feat made achievable by our relationship with Bank of Ireland. Furthermore, we have put in significant measures to make sure we are transparent and responsive to the need of the people – needs like security, easy access, speed and low cost – solving some of the problems users encounter with many of our competitors on the continent, as well as their home currencies.

VA: What does Baracoin aim to accomplish in Africa?

DRB:Baracoin aims to be the largest payments and money transfer platform for the whole of Africa, facilitating payments and transfers between individuals, businesses and further abroad.

VA: Has Baracoin been tested in Africa yet? If yes, what was the acceptance like?

DRB: We are currently gearing up to carry out a beta test of our service in Africa and we are in the process of recruiting both customers and businesses for this purpose. Users and merchants can now sign up on our website or email us at www.baracoin.io. We’ve also made and continue to pursue a number of strategic partnerships with local firms who already have large networks in place, in order to help adoption.

VA: Does Tribal Nexus Limited recognise the significant strides already been made in Africa’s Fintech ecosystem? And how does the company plan to build on it?

DRB: It’s an exciting time for Fintech in Africa, and if you look at our model, the idea is to build upon people’s experience and knowledge of technologies, especially the boom of mobile money, and improve their experience, make it more affordable and useful to both the average user and merchants.

This technology seeks to add another layer of convenience to the use of money, which is preservation of value. Most African currencies lose value each year and compounding the losses that also come from inflation. This adds additional value to both consumers and savers in Africa.

VA: Would this enterprise have offices in the African countries where it has its users, or would it be run from Dublin, Ireland?

DRB: Our company is registered in Ireland but will have several offices in every country which we operate in. We have already made plans to open offices in South Africa, Botswana and Zimbabwe soon after our crowdsale, and have begun recruiting regional heads for the places, and others to help the process. We will continue to open regional offices as per our expansion plan, starting on with Southern and Eastern Africa, moving onto Central and Western Africa, then Northern Africa, over the course of the next 3 years.

VA: How does Tribal Nexus Limited hope to get the support and backing of the government and monetary institutions in African countries?

DRB: Extensive discussions with our legal team have indicated to us that while it is important to be aware and adhere to the regulatory requests of governments in Africa, there will be no significant barriers to our operations. We are confident once the value of our service is demonstrated that more and more pro-blockchain and cryptocurrency laws and regulations will be adopted by governments in Africa. Indeed, we are not alone in this belief, our partners, Stellar have already been engaging a number of central banks and indications are quite positive.

VA: Has the offering been structured to comply with the securities’ laws in African countries and, if not, what implications will that have on the stability of this enterprise and the value of people’s investments.

DRB: Discussions with our legal department have assured us that we will not face any issues from securities laws in African countries. Our offering, Baratoken, does not constitute a security nor is it any type of shareholding in our enterprise. Baratoken is the loyalty token of the Baracoin network and our crowdsale will be selling Baratoken to distribute it to individuals who are interested in participating in this network. Furthermore, to purchase Baratoken at our crowdsale will necessitate the individual provide name, address, ID and other identifying information to ensure we also comply with anti-money laundering and anti-terrorism laws.

VA: What countries in Africa are you planning to focus your investments and marketing in the early years of this platform?

DRB: Southern and Eastern parts of Africa including SA, Zimbabwe and Botswana will be the primary focus in the first 6 months of our operations, expanding further into the regions over the year.

VA: What are your strategies for entering the African market and how do you plan to be attractive to the young and urban population that is your target market?

DRB: On attracting the young and urban population: we realize that cryptocurrencies have already captured the imagination of the youth and we shall leverage that interest and enthusiasm. TN intends to nurture the interest in programming and entrepreneurship that the youth currently have. We are going to roll out programming and computer literacy programs which will reach the youth in rural areas. We are going stimulate interest in electronic management of money for the rural folk and that includes the elderly. Our strategy includes providing various incentives to merchants and other transactional partners within Southern Africa. We are going to leverage the cashless societies emerging in Zimbabwe and Kenya to embark of Southern and Eastern Africa strategy before entering West Africa.

VA: What is the advantage Africans stand to derive from a digital currency backed by the Euro?

DRB: Currently crypto currencies are mainly used for investment purposes, however, for Africans both consumers and savers, the fluctuations in the value of currencies is often more pertinent than investment use. Our research has shown than the Euro has experienced less volatility than most major currencies. In addition, the EU has a higher level of monetary policy stability than most major currency zones. For us this gives us an opportunity to provide value stability to a population that has never experienced the kind of stability that comes from a stable currency. Both spenders and savers can make informed decisions based on the stability of the Euro.

VA: How does Baracoin plan to deal with the volatility of prices? Particularly since this seems to be a trend with every other cryptocurrency in the market?

DRB: Since Baracoin is backed 1:1 with euros it will maintain a stable price in relation to euros. The only volatility will be due to changes in the price of euro which are very minor when compared to any non-stable cryptocurrency, as well as other fiat currencies.

VA: Would there be a robust community to support users and merchants using Baracoin?

DRB: Certainly, the key goal of Baracoin is the development of an expansive and diverse community of merchants and customers with access to wide ranging services and offers on our network. We have already begun to work on this and our partnerships with Stellar, Oakfin, Poscloud, Tatemcongo and others reflect this.

VA: What are the benefits and potential problems with investing in a digital currency?

DRB: The benefits are of course having the opportunity to be an early adopter of a revolutionary technology and all the associated benefits of that. If you could have had access to the internet 5 or 10 years before mainstream adoption, think of the opportunities such an advantage would afford you. In the same way, digital currencies like Baracoin with our speed and tiny fees will free people to take risks and engage in projects they otherwise would not have.

The potential problems really depend on your intentions. If you are investing simply to turn a quick profit then you may be disappointed by downturns in the market. However if you invest to really engage in the community and stick around long term, then your chances of success are going to be much higher.

VA: Where do you see Tribal Nexus Limited in the next five years?

DRB: Our vision if to become the largest transactional services provider in Africa by 2020. Our aim is to become the premier economic development partner for high growth sectors in Africa.