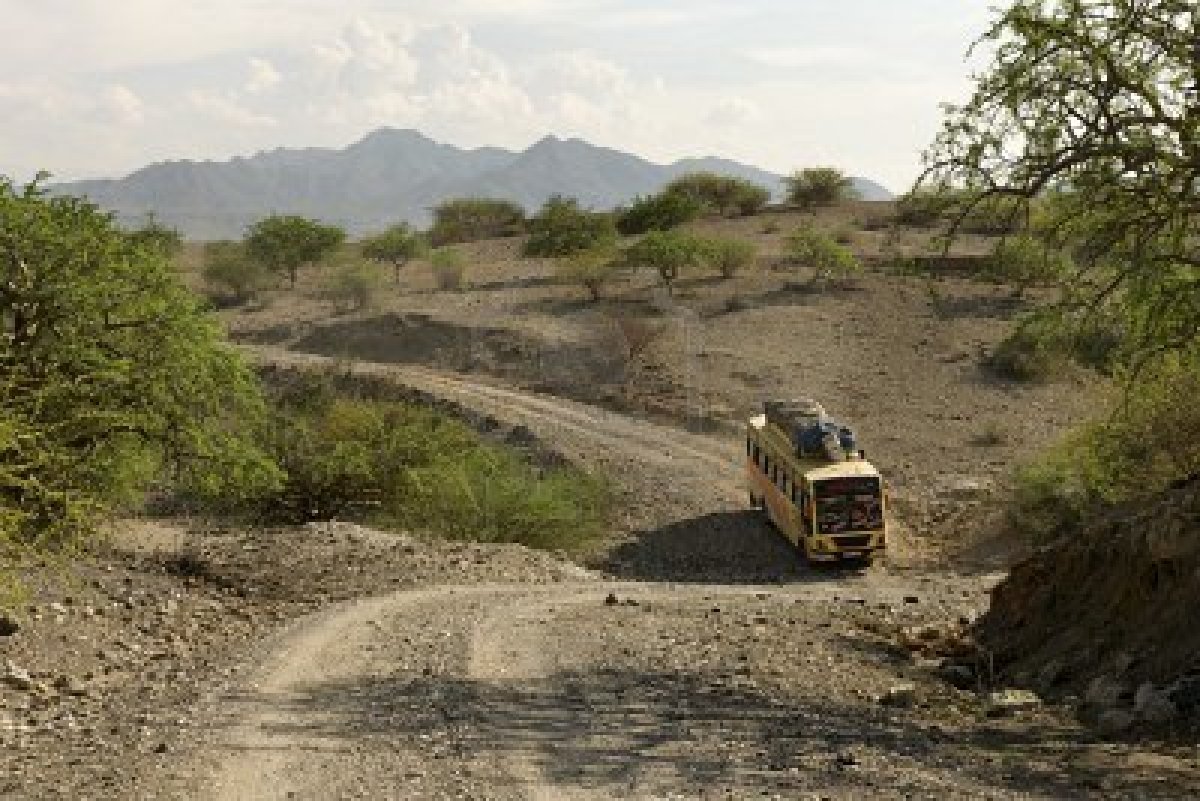 journey from Lagos to Abidjan is estimated to be about 30 hours. This is because of the delay at the borders, police posts and bad roads in the connecting countries. Research cannot prepare you enough for the hardship you’ll encounter on the West African route of Lagos to Abidjan. Why are investors not exploring the opportunities that abound in the area of building a better transport network across West Africa?

I had to go on a road trip to Abidjan as part of the requirement for an international youth meeting in relation to the free movement of persons within the ECOWAS region, along with a reporter from a media organization (who incidentally happened to be a former course mate in my school). Before traveling, I interviewed two people (a man and an older woman) who shared their experiences traveling from Lagos to Accra by road.

What to expect, as told by others

The young man said he enjoyed the trip from Benin to Accra, but he did not like any of the borders because the security officials delayed them for long hours. He said that the custom officials kept complaining about Nigerians and were very reluctant to grant passage until you bribed them even when your travel documents are complete and in order.

I interviewed the woman in light of these answers but she disputed them. According to her, it was only the Nigerian immigration officers that demanded bribes. She witnessed an immigration officer from another country that refused to accept bribe from a Nigerian whose travel documents were not complete and threatened to shoot the person in question if the person did not head back to Nigeria. She said Ivorians were very friendly people and claimed she has never experienced delay or harassment of any sort because she always used a reputable transport service. She reassured me that everything would be fine if we stay within the confines of the law governing the country we are going to.

On Monday, the 13th of February, my travel mate and I met at one of the Bus stations before 6 a.m but the service was appalling. More than fifteen of us hoping to travel to Accra were delayed for almost 3 hours before we were told there were no more tickets for sale. We had to find an alternative, with speed. The attendant at the new bus station collected N8,800 but wrote N7,500 on the ticket. I demanded to know why and someone explained that the bus fare was 7,500 naira but we had to pay an extra N1,300 for “virgin passports.” I’ve never travelled by road before and this fee was what the attache to the bus use in “settling” officials at the borders before our passports were signed used.

The bus left Lagos at 10 o’clock that morning.

Our first stop was the Nigerian-Benin Seme border. The place had a life of its own or perhaps, this is because I had no idea what a border should look like. People thronged the place, buying and selling, loading of goods from one vehicle to another. My travel partner tried taking photographs and was told the border authorities would confiscate the camera if they saw him.

We spent an hour and forty-five minutes at the Seme border and there were many other stops in Benin. The only country where the bus went smoothly without any stop or hitch was Togo and the border authorities between Cotonou-Lome-Accra were the best. We did not spend more than 30 minutes each at these borders.

We got to Accra (our final stop for the day) around 10.20 pm and immediately, went to look for transport companies in Ghana that ply the Abidjan route. ABC transport did not extend beyond Accra, Chisco transport and The Young shall grow transport only offer night services so we did not bother with them besides the exorbitant rates they were charging to go to Abidjan. With the help of a taxi driver, we were able to locate STC Intercity buses. They were closed for the day but we met an attendant who told us it would cost us about N6,000 each (when converted to naira from cedis) to Abidjan.

My travel partner and I parted ways after agreeing to meet at the park the next morning. He was spending the night close to the park while I chose to spend the night at my friend’s house around Labone area. I left our bus fare and my passport with him so that he can book for our tickets early the following morning.

Unfortunately, my travel partner was unable to pay in naira and got duped when he went to change the money to francs. He lost almost 3,000 ($19) and I lost my temper. For a team traveling on a low budget, this was the last thing we needed. But in the midst of the chaos, we tried to find a solution. I spoke to James, the attendant we met the previous night, and he suggested I speak to one of their bus drivers to help us. After explaining everything that happened to one of the drivers, I gave him my word- just my word (that is hard to believe, right?) that I will pay him when we got to Abidjan. He agreed to help us.

I must admit the journey was smooth from Ghana until we got to the Elubo border separating Ghana and Cote d’Ivoire. The Seme border experience was repeated. The attaché to the bus asked us to pay 10,000 francs or we should go and sort ourselves out with the border authorities. I refused to pay a dime and our passports were handed back to us (that is, my travel partner and I), maybe we’d have paid if we had money, but in a situation where we were virtually penniless, we decided we would talk to them, after all, we were invited to their country. We took our invitation letters from ECOWAS, along with our passports and international certificate of vaccination and joined the queue. Ironically, we were attended to without much ado because of our letters. So we kept doing that at every other place where we had to stop.

On the way, we met two Ghanaians also attending the meeting and we started a bonding process. Despite having an Ivorian security personnel attached to the bus, there were many checkpoints in Abidjan and our bus was stopped many times. We got to the STC Park in Abidjan some minutes past 9 p.m and experienced the first taste of Ivorian inhospitality.

We called our hosts to let them know we had arrived. After waiting for what felt like eternity, they finally showed up. Before leaving, I told Mr. Charles (the bus driver that helped us) that I would be back that night to pay him and he agreed.

The city of Abidjan looked beautiful at night, but there was heavy traffic and we were too tired to admire much. We spent more than 40 minutes in the traffic and got to the hotel late. We were shown to our rooms and told to come downstairs for dinner. Our hosts took us to a roadside diner opposite the hotel (something similar to eating at a mama-put in Lagos, but in the same grade as White house or Ghana high) and left us there. Four of us ate and drank a bottle of Malta Guinness each. As we were about to take our leave, the proprietress came to ask us for money. She told us pointedly that our drinks were not paid for by our host.

Back at the hotel

The hotel service was okay. The hotel staff were quite courteous and friendly even when they had problems understanding English. As for the food, it was not fun for me. Those of us from Sierra Leone, Ghana and Nigeria had problems eating the typical Ivorian food because it wasn’t hot or spicy. My Nigerian counterpart always had to throw up after eating the food. The Ghanaians settled for pizza and sharwama.

On the second day, I was so hungry that I was practically shaking. I called my Nigerian counterpart and we went on a long walk. While wandering around, we stumbled on a place where they made hot chicken, fish and chips. That was the only food,  besides ice cream and biscuits, I was able to eat till we left on Saturday.

After the meeting, which was my primary purpose of being in Ivory Coast, I went to the local market with Emmanualla, a friend I made there. I bought some fancy dresses, shorts and souvenirs for my baby sister and friends and I got my nails polished-and its still on my nails after washing three weeks now.

Ivorians are not as friendly as Nigerians. Perhaps their hostile attitude is borne from the communication gap, as most of them spoke more French than English. On our way to STC Park to return Mr. Charles’ money, the security man at the bus station bluntly refused to help us call him out or wake him up even when I explained how important it was. I had to wait to get to Ghana before I was able to give the money to someone who knows Mr. Charles.

When you ask for help with directions in English, most Ivorians won’t respond or help out except you get someone to translate in French. Not to sound too hard on them, there were also people who helped despite the language barrier. Emmanuella, who spoke more of French, and I had to use Google translate or settle for little words we, knew in French and English, respectively.

Coming back to the information I got from my respondents on road travel, all the young man told me was true and only a part of the woman’s was true. The immigration office at every border is like a cartel, to the shame to the ECOWAS charter. At every check point, money is expected to be paid or you will not be allowed to enter the country. But you can bribe your way in without the relevant documents. Our saving grace was the ECOWAS invitation letter and the journalism profession entered into the immigration form. Some border agents also ask the driver for money individually and there were police checkpoints in some countries where money is demanded.

The only relevant information from the woman I interviewed before the journey was the state of the borders. West African borders are rustic and do not speak well for technological advancement. The borders look like something used in prehistoric movies and nothing like our airports. Drugs, ammunition and other contraband goods can easily be transported through our borders. The searches are random, the officers just ask what is inside your bag and do not bother to confirm, they hardly check the contents of the bags inside the buses and there are no modern equipment to screen anything. All they want is to charge you for the quantity of goods you carry or confiscate it when you refuse to comply.

On our way back to Nigeria from Accra, we were delayed for longer hours at the borders.

I know you’re wondering if I’ll ever go on a road trip again. No, I don’t think so. Until train services are available. Like what we have in Europe and the US. But then, do I want to wait for so long? Who knows? There might just be another place to see…by road.

Adeola Aroso is a young writer based in Lagos. She blogs about Fashion and Life.