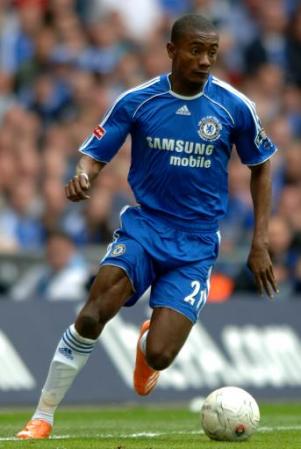 The European summer transfer window is officially not open but various players and their agents across the globe are already plotting new deals or extensions of old ones. African players are not left out.

Cote d’Ivoire and recently released Chelsea striker, Salomon Kalou, has not ruled out a move to Merseyside giants, Liverpool.

His agent Roger Linse has suggested that Kalou would be willing to discuss with Liverpool but maintains no approach has been made.

With other clubs like Newcastle and German side Schalke linked with the 26 year old, Linse told the Liverpool Echo, “There are conversations going on, and of course when that is happening then you must be careful what you say.”

“In many ways he never quite made it to be a guaranteed starter at Chelsea, but his statistics were always good and he won lots of trophies.”

And speaking about Liverpool’s interest, Linse continued: “In many ways it will be difficult to find a better place to be, but he is open minded, he would be happy to continue in England if the right club comes in.”

New Liverpool manager Brendan Rogers is a known admirer having worked with the Ivorian during his time with the Blues.

While Kalou’s seems a bit clear, it is however a different story for Nigerian and Wigan Athletic striker Victor Moses. The Lactics forward has been linked with a move away from the DW Stadium with several top English Premier League sides on his trail.

But Moses says at the moment he is focused on playing for Nigeria as the Super Eagles take on Rwanda this weekend in the second leg 2013 African Cup of Nations qualifier.

“It is only Nigeria for now. My agent and other people know where best I can play and they are working on it, at the right time a decision will be taken,” Moses said.