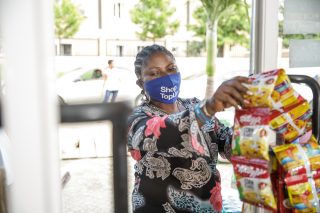 Pan-African B2B e-commerce platform for consumer goods, TradeDepot yesterday said it has secured an additional $10 million in a pre-Series B equity. This brings its total funding to $13 million after the Series A funding round in 2018. The company operates an end-to-end distribution platform that aims to connect the world’s top consumer goods companies directly to retailers on the streets of Africa’s cities.

The fresh cash injection furthers the startup’s goal of integrating Nigeria’s fragmented informal retail supply chain in Nigeria, even as it targets expansion into other African cities and the introduction of credit facilities to support its retailers. The new round was co-led by existing investor, Partech, as well as the International Finance Corporation, Women Entrepreneurs Finance Initiative, and MSA Capital.

“We are excited to strengthen our team and welcome on board some incredible strategic investors and partners, as we double down on our mission to digitize and simplify retail distribution for the continent,” said Onyekachi Izukanne, co-founder of TradeDepot.

“Africa’s offline retail market is estimated at $1 trillion, and this new investment allows us to capture an even greater segment of that market.”

Since its launch in 2016, TradeDepot has built a network of more than 40,000 micro retailers in Nigeria. Working with global distributors and manufacturers including Nestlé, Unilever, GB Foods, and Danone, TradeDepot looks to make household supplies such as milk, soap, detergent, and other essentials more accessible and affordable for the informal urban retail networks it operates in.

Retailers order and pay for goods using TradeDepot’s mobile apps (Android and Whatsapp), USSD, or a toll-free number and have them delivered directly to their stores via the company’s fleet of vans and tricycles. They can also order stock and manage their inventory online, with a number of ways to pay, including digital payments and cash.

For consumer goods brands, TradeDepot enables direct-to-retail distribution in the massive informal sector in some of Africa’s busiest cities while also providing a CRM and data management system that enables suppliers to plan and monitor their sales routes in real-time, as well as gain invaluable insights into trade and retail data.

“We will continue to use data to drive efficiencies and provide an easier stock acquisition service for our 40,000+ retailers, driving down costs for them by negotiating even better deals with our global manufacturing partners, whilst simultaneously providing a better, faster route to market for our suppliers,” said Izukanne, who also acts as the company’s chief executive.

TradeDepot plans to launch a suite of financial products and credit facilities in addition to its existing product offerings, with a goal to help retailers grow their businesses as many lack the collateral that banks demand. The firm also said it will offer mentorship and opportunities to female entrepreneurs who account for more than 75 percent of the retailers on its platform.