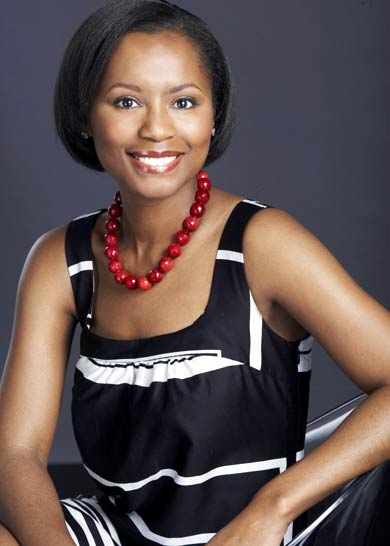 Hardly can you find criminal detectives scour hideouts of suspected criminals without having scrupulously understudied them by means of profiling, investigations and analytical reasoning. A similar strategy is imperative for apprehending success in business circles. A painstaking understudy of people who have recorded outstanding success in their chosen careers comes with compelling, forceful motivation of oneself to aspire for success. Armed with tested, invaluable principles that have been successfully utilized by business moguls, one can at once conclude that success is within reach. An overview of the professional life and times of Khanyi Dhlomo, an outstanding heavy weight in publishing and print media enlivens the principal, effective tools of tracking down success.

Khanyi’s remarkable journey to the top started, interestingly, in the year 1995, when apartheid had just been given a ‘befitting’ burial in South Africa, and all citizens regardless of origin, race and tribe — as a matter of policy — were to be allotted equal opportunities and freedom to rise to the highest possible heights. Her foray into South African Broadcast media, SABC 1, when she was barely a 20-year-old journalism student at the University of Witwatersrand cannot but be set against this background, given that few years earlier, such feat was improbable.

At SABC1, she shone as a charming newscaster with impeccable communication skills. As many had already taken a liking for her, her fan base was sure to increase. Khanyi did not lose sight of where she desired to be. Although she seemingly had all she needed to take the broadcast media by storm, she was fully convinced that she was better suited for the print. In fact, while at SABC 1, she took special, keen interest in the editorial unit. Thus, when an opening came at True Love magazine, a women-magazine of repute with long history, she readily fit in.

Even though she did not get the editorial position she sought for at True Love, she took it in its strides, with a firm belief that she was closer to realising her dream than at the beginning. In fact, she was seconded to do the odd jobs of running errands, serving snacks, selecting clothes for models, and giving finishing touches to their shoes! After all, she was employed as a fashion and beauty assistant.

Unfazed by her belittling duties, Khanyi patiently awaited the opening that would launch her forth. She was not to wait long; it came sooner than she expected. Her boss got married and had to change base. That heralded the coming of a new order, where the younger generation of women was to be made the central target of the publication. Khanyi Dhlomo was saddled with the responsibility of leading the revolutionary change as editor of the magazine. She was barely 22.

Khanyi did not hit the ground running wildly. She intelligently spent quality time carrying out a profound survey about the expectations of her target readers on content and style. The effort resulted to a sky-high rise in sales and readership. She intensified efforts to keep up the pace, while pursuing a bachelor’s degree in Communication.

Her next job was a managerial position at South Africa’s Tourism Board in Paris. This was occasioned by the trauma of her divorce with her hubby after a turbulent family life that however produced two sons. She was fully engrossed with the job, excitedly marketing the tourism potentials of her country home to the French. This effectively helped her overcome the nightmare of a broken marriage. It however could not successfully replace her passionate love for the print media. There was a vacuum that needed to be filled.

To be rightly positioned to take up the challenge, she sought further education. She therefore proceeded to the Harvard Business School, where she studied for a Masters degree in Business Administration. Somehow, she got doubly fortunate: she did not only get an outstanding result, she met an outstanding man, Jonathan Newhouse, Chairman of Conde Nast International, who was to later become her mentor.

Combining the valuable principles she learnt at the Business School with the invaluable lessons she gained from the sessions with Newhouse, Khanyi Dhlomo was set to storm the print media with a classy outfit, Ndalo Media. This, she did, in collaboration with Media 24, the publishing outfit of Africa’s largest media company, Naspers. The Ndalo concept informed the birth of Destiny Magazine and Destiny Man — two magazines that were not only intellectually stimulating but also effectively combined business concerns with lifestyle panorama.

Dhlomo’s industry and purposefulness led her to further cash in on the IT revolution of the 21st century. Since the largest media fan base is found online, there was a dire need to explore the online media. DestinyConnect.com effectively took the Ndalo Media to online community. The website relives all the paraphernalia of the social media to its fans. Not only are they (the fans) opportune to access an avalanche of educative, enlightening and entertaining contents that have been exclusively researched, feedbacks are also now possible. Interesting video footages and blogs are equally uploaded on the website.

Her exploits at Ndalo Media have been greeted with world-wide acclaim and recognition. She became an Independent Non-Executive Director of Foschini Ltd.; she was drafted into the advisory board of the University of Stellenbosch Business School; she was selected as a World Economic Forum Young Leader in 2010; and she was appointed Patron of Orion, a therapeutic centre for the physically and intellectually-handicapped.

Khanyi has won many awards for her outstanding achievements in the print industry. These include: Elle Magazine’s Editor of the Year, Most Stylish Newsreader by Elle Magazine, South Africa’s Best Dressed Woman, Editor of the Year by AdVantage, Most influential Woman in South African Media by Media Magazine, Alumnus of the year by Stellenbosch Business School, and Women in the Media by Vodacom Women in the media among others.

Perhaps with an unusual courage to silence her critics who chided her for writing on love, when she couldn’t save her marriage from crashing, Khanyi Dhlomo tied the nuptial knots with Chinezi Chijioke, a Nigerian-American, in a breathtakingly colourful ceremony on December 20 2009. The pair, who courted for 4 years before walking down the aisle, are believed to be well suited for each other. While Khanyi thrives on managing her media outfit, Chijioke is a consultant for Mckinsey & Co. It is expected that their love life will witness a marked success like their career.

Chief among the sterling qualities that stand Khanyi Dhlomo out are: focus, discipline, foresight, courage, determination, resilience, hard work and humility. She was certain about her aspirations and she devoted all the strength she could muster, both physical and mental, into getting them. Her story underscores the aphorism that ‘impossibility is nothing.’ Anyone who is not afraid to dream big, who is unperturbed by the number and heights of hurdles s/he encounters, and who makes determined efforts at moving forward, is sure to arrive safely at his/her destination. So also, opportunities are not meant to be gazed at but maximised. It may appear risky at first, but it is even riskier to back off, as opportunity once lost may never be regained. No, to put it better- nothing ventured, nothing gained.