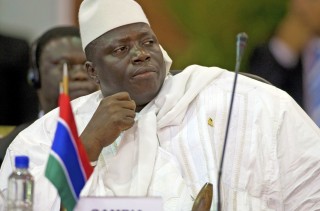 Tourists rushing out of Gambia due to heightened crisis

In the midst of the heightening crisis in The Gambia, thousands of tourists are packing their bags out of the country. Around 1,000 British tourists left on special flights on Wednesday alone.

Shops were closed and streets quiet in and around the country’s capital Banjul on Wednesday while the tour operators were withdrawing their tourists from resorts and hotels.

United Kingdom travel agent, Thomas Cook is scheduling a total of 16 flights to convey its holiday customers back to their country. About 3, 500 British tourists are expected to return back to the country

On Tuesday, President Yahya Jammeh announced a national state of emergency. This led Britain and Netherlands to change its travel advice and warn against its citizens to stare clear of the Gambia except for essential travel.

Mr Jammeh, who has been president for 22 years, has refused to cede power to President-elect, Adama Barrow, who won the election conducted on December 1, 2016.

The Economic Community of West African States (ECOWAS) gave Jammeh a deadline of January 19 to step down or face being ousted militarily. He has however ignored the regional body’s warnings.

Mauritanian President, Mohamed Ould Abdel Aziz flew to Dakar, after an 11-hour talk with Jammeh in Gambia. In Dakar, he met with Barrow for discussions. Senegal’s President Macky Sall was also present with them. The decision Abdel Aziz had with Jammeh is, however, unknown.

On Wednesday, Nigeria sent 200 soldiers and air assets including fighter jets and warships to Senegal as part of a regional force to enforce the result of Gambia’s contested election.

Nigeria is joining alliances with Togo, Ghana and Senegal to make up the regional force, and a Senegalese general is heading it. The force is being backed by ECOWAS, which has recurrently pressurised Jammeh to stand down.

Gambia’s army chief has said that he would not order his men to fight other African troops if they enter Gambian territory. “We are not going to involve ourselves militarily. This is a political dispute,” said the chief of defence staff, Ousman Badjie, according to witnesses who spoke to Agence France-Presse.

“I am not going to involve my soldiers in a stupid fight. I love my men,” he added, stopping to pose for selfies with admirers, according to the report. “If they [Senegalese] come in, we are here like this,” Badjie said, making a hands-up, surrender gesture.

Jammeh refusal to step down is going the affect the little country’s economy harshly. Tourism is the Gambia’s highest foreign exchange earner. In 2014, the sector contributed 13.8 percent to the country’s gross domestic product (GDP), employing 11.8 percent of the total population.