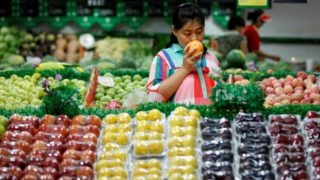 On Friday, 19 February 2020, Massmart, a top South African retailer announced plans to shut down some of its stores across the country. The company revealed a deeper full-year net loss of more than 1.7 billion rand ($116.8 million) due to COVID-19 (coronavirus) related restrictions in South Africa.

Last year, Mitchelle Slape, Massmart’s Chief Executive Officer, announced the company’s intentions to shut down underperforming stores in order to revive it and cut costs as economic activities lowered its performance. The giant retailer estimated that lockdown measures, including extended restrictions on the sale of alcohol, lowered its 2020 sales by at least 6 billion rand year-on-year.

With a chain of subsidiaries, it plans to close 14 Masscash cash and carry stores, under the Browns & Weirs and Jumbo brands. A move that is bound to trigger a rise in unemployment as thousands in South Africa would lose their jobs.

In January 2020, Massmart announced that it could cut up to 1,440 jobs under a plan to close some stores because it struggled under an economy that was neck-deep in a recession. By July, it held talks with unions to cut up to 1,800 jobs at the company’s struggling Game stores as constrained spending and the new coronavirus weighed on its performance.

Before the outbreak of the pandemic, the company said it incurred impairment losses of about 798 million rand due to several negative economic factors in its main market. They include high unemployment rates, modest wage increases and higher average fuel and utility prices in SA.

Massmart owns local brands such as Game, Makro, Builder’s Warehouse and CBW. It is the second-largest distributor of consumer goods in Africa, employing approximately 51,000 permanent and flexi-time staff in South Africa. It is also the largest retailer of  alcohol and home improvement equipment, general merchandise and wholesaler of basic foods in the country.