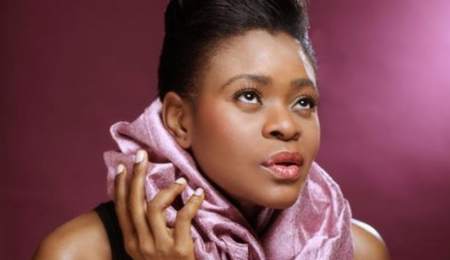 The recent buzz about the African Fashion Industry is very evident in the works of talented African fashion designers, models, stylists, editors, bloggers and fashion entrepreneurs. After intensive research and survey, I compiled a list of top African Fashion Designers making a name for themselves and at the same time, putting Africa on the global fashion map. These designers (both on the continent and Internationally based) are Fashion visionaries, entrepreneurs and have a vision to revolutionize the African Fashion Industry.

The Nigerian-born, lawyer turned fashion designer has climbed the ladder into the top fashion leagues since he arrived the Londonfashion scene in 2004. Known by many as the Father of everything ‘Prints’, Duro Olowu is well known for his use of mixed vintage prints, bright colors and well polished cuts. His sharp cuts and prints, give his designs that unique glam that has attracted style icon and first lady, Michelle Obama. Duro Olowu has indeed carved a niche for himself by winning numerous awards, such as the 2005 ‘Designer of the Year’ British Fashion Awards. This designer extraordinaire has made a remarkable impression that has attracted other distinguished clients like Uma Thurman and Linda Evangelista among other renowned clients.

After she left Liberiain 1990 due to the civil war, she settled in Canadawhere she studied fashion design at the L’Academies des Couturiers Design Institute in Ottawa, Ontario. She moved to USAwhere she continues her education in the renowned ParsonSchoolof design. She continued to follow her passion and won a place on the 5th season of the prestigious Project Runway show. She emerged as 1st runner up of the show where she presented her vibrant and colorful Spring 2009 collection during New York Fashion Week; she was highlighted as top 5 designers to watch. After Project Runway show, November 13th was named-Korto Momolu Day inLittle Rock,Arkansas where she currently lives. Korto has been featured in Essence magazine, LA Times, Ladybrille.com, InStyle.com among others. She has also appeared on Monique show, Wendy Williams show, CNN International African Voices, My Black is Beautiful , just to mention a few. Indeed, Korto is a true inspiration to many entrepreneurs and remains hardworking and dedicated to her work.

Starting with embellished Ankara skirts in 2005, Lisa Folawiyo has successfully produced and expanded her brand-Jewel by Lisa into a wide range of clothes and jeweled accessories. Her creative ability to revolutionizeAnkara fabric into colorful prints and textures embellished with Swarovski crystals, results in vibrant and fun designs. Lisa’s world class designs have been worn by African and international celebrities including Genevieve Nnaji, Solange Knowles, Lala Vasquez, Catt Sadler of E! News; and has been a consistent magnet for international media such as, BBC, Essence Magazine, Marie Claire amongst others. She was one of the few selected to showcase at the 2011 ARISE Made in Africa Collective at Mercedes Benz Fashion Week in New York in and the winner of the African Fashion International Designer Award in the same year.

His designs are daring, bold and dramatic. The South African David Tlale is an international design force with pieces that are unpredictable and exceed expectations. He continues to show his diversity, by elaborating on his creativity, thereby producing inventive collections that are memorable and wearable. After winning the Elle talent competition and awarded the Best new designer of the year 2003, he exhibited his unique designs on international platforms such as, Paris Fashion Week, De Beers Shining light collection, Arise Fashion week and many more.

Among a sea of other labels, Deola Sagoe creates wearable works of art that give women a unique vision. She is indeed a fashion visionary who has gained international fame for her haute couture pieces. She has been honored with many accolades over the years. In 2000, she received the Best African Designer award to represent African Fashion designers in NewYork fashion week. She was appointed as UN Designer for UN World Food Programme: CatWalk the world- Fashion for food. Deola has participated in major fashion shows alongside Donna Karen, Chanel, Ralph Lauren and Calvin Klein. Her designs have been donned by celebrities like Naomi Campbell and Anika Nina Rose; and has also attracted international media such as CNN and Essence magazine. Indeed she continues to reinvent the fashion wheel while putting African Fashion on the forefront.

Kofi Ansah is aLondonbased Ghanaian fashion designer. Ansah studied design atChelseain theUnited Kingdomand graduated with first class honors. His vibrant, creative and edgy collections have helped pushed African Fashion to glorious heights. He has been a major player in the Ghanian fashion industry being founder and past president of the Federation of African Designers, fabric design for [email protected] Golden Jubilee Celebrations as well as costume design for the CAN 2008 African Cup of Nations. He is one of the designers chosen to sell his artful collections on one of the esteemed e-commerce sites- Yoox.com. 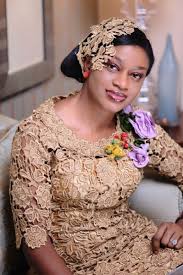 In just seven years of launching, her brand has gained strong international presence. Lanre Da Silva Ajayi produces high class sophisticated clothing for the elegant woman. She combines traditional fabrics, optical prints with a touch of different patterns to her designs. Her label has been the favorite of many celebrities, fashion lovers and top media houses. With a consistent ritual of showcasing six collections every year, LDA has showcased both locally and internationally for shows including ARISE, New York Couture Fashion Week and Mercedez Benz Fashion Week. She has been featured in various magazines such as Vogue Black, WWD, Essence.com, Reuters UK, Fashion Bomb and Centric/BET.

After escaping the civil war inSomalia, the twin sisters relocated toWashingtonDC. Ayaan and Idyl embarked upon their career in the fashion industry by creating a multicultural fashion label-Mataano (which means twins inSomalia) which has gained global recognition form distinguished fashion achievers. Their premier collection debuted in Spring 2009 gained significant buzz throughout the industry. The queen of day-time television, Oprah Winfrey, invited the twins via skype on her show titled “Young Millionaire Moguls”.  This attention definitely brought a huge national buzz to their brand and attracted avid attention from the press including, Vogue Italia, Arise Magazine, Essence Magazine, CNN International and numerous magazines and blogs. 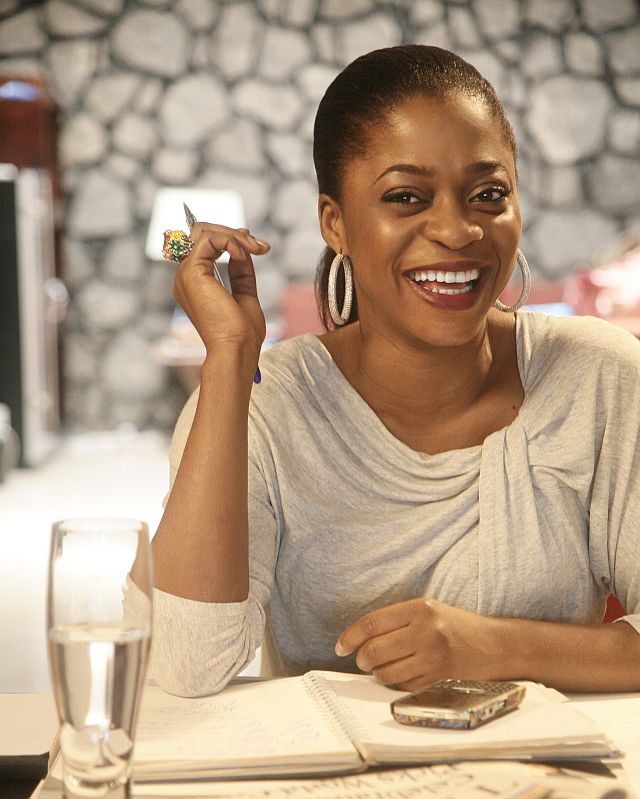 With a vision to revolutionize the Nigerian Fashion Industry, Folake Folarin-Coker launched her brand- Tiffany Amber in 1998. Despite her law background, her passion for fashion gained a higher control. Her dedication and hardwork made her the first African-based designer to be invited to showcase her work two consecutive seasons at the New York Fashion week. Tiffany Amber is no doubt, one of the biggest well known fashion labels inAfrica. Her designs are truly a quintessence of a glamorous, affluent African woman. She continues to stay true to her vision by developing a strong fashion philosophy. Fourteen years after launching her brand, it has become a highly esteemed award winning international label. Folake won designer of the year at the 2009 African Fashion International inJohannesburg, Fashion Brand of the year at the ARISE Magazine Fashion Week 2011 for her AW2011 Fearless Luxury Collection. Recently, she was chosen as one of the designers to sell their collections on the famous e-commerce platform- Yoox.com.

Popularly known as the first black tailor (at age 27) to open a store on Savile Row and former creative director of Givenchy, Ozwald continues to be a force to be reckoned with. Born inBritainand of Ghanian descent, he has carved a niche in the fashion industry by setting a standard in the art of bespoke tailoring. His use of vibrant colors and refined fabrics with a twist of contemporary silhouettes offers a unique menswear luxury brand. He has donned celebrities such as Will Smith, Jamie Foxx and Mick Jagger in his well tailored designs.  In 2000, he was awarded ‘Top Menswear designer’ at the British Fashion Awards; awarded an OBE in 2006 by her Majesty Queen Elizabeth II for his contributions to the fashion industry, Lifetime Award at the ARISE Fashion Week Lagos 2012 and many more.

The Ghanaian beauty, Aisha Obuobi is the creative mind behind the luxury women’s fashion brand- Christie Brown. Inspired by her late seamstress grandmother Christie Brown, Aisha founded her line in March 2008 in her final year at the University of Ghana. She fuses kente, ankara prints, and bright pieces to create wonderful pieces. She has since won awards for her hardwork and creativity such as –Emerging Designer of the Year Award at Arise Fashion Week inSouth Africa; she was the only Ghanaian designer chosen to showcase in the Arise L’Afrique-a-Porter inParisas part of Paris Fashion Week. 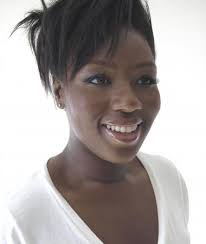 With a vision to create womenswear label inspired by Victorian and African historical fashion, Plange started her luxury ready-to-wear label in 2007. The Ghanaian born,Californiaraised designer studied architecture and fashion before relocating to NewYork where she started her fashion career working for stylist Patricia Field and designer Rachel Roy. Since its birth, Mimi Plange has been worn by top celebrities Rihanna, Alicia Keys, Michelle Obama, Princess Astrid ofBelgium, Estelle and featured on Vogue.com, WWD, Harpers Bazaar, NewYork Times among others. Plange’s attention to details has shown that she is indeed a strong believer of beautiful, long-lasting clothes with immaculate and superior workmanship.

The South African designer- Darryl Jagga is famous for linking art and architecture to his designs. He is a graduate of Fashion Institure of Technology (FIT), where he studied fashion design. His previous experiences working with top designers Calvin Klien, Victor Costa, Castle Starr and Chaiken, has exposed and developed his sense of textiles, aesthetics and construction; and has opened more doors in the fashion world. Among celebrities who have worn DJ’s designs are Anya Monzikova, Bai Ling and Natasha Alam.