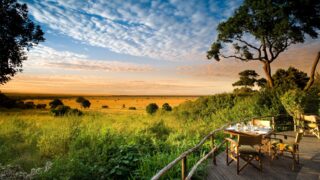 Top African countries with the most developed travel and tourism sector

The last two years have been extremely challenging for global tourism. It has been a recovery period for the sector after the covid 19 pandemic caused the worst crisis the global travel and tourism sector has experienced in modern times. During this period, lockdowns, travel restrictions, consumer fears, and economic downturns led to a loss of over 62 million jobs and $4.5 trillion in global travel and tourism activity. In all of this, Africa’s tourism sector lost $87 billion.

Thankfully, things are returning to normal. In some countries, the travel and tourism sector is expanding more than it was pre-pandemic. Digital travel and tourism services have contributed greatly to this. According to the UN World Tourism Organization, international tourist arrivals across Africa have shown a 51 per cent year-on-year increase in 2022. But it is not just international tourist arrivals that have noticeably increased. There has also been an increase in intra-continent travel and tourism. This means more Africans are putting African destinations on their travel list.

The island nation of Mauritius is located on the southeast coast of the African continent in the Indian Ocean. It is overseen by the Indian Ocean about 2,000 kilometers (1,100 nautical miles) off the southeast coast of the African continent. Understandably, its water body is a big part of its tourist attractions. Over the years, the nation’s economic diversification has led to the growth of the tourism sector. The tourism sector explores heavenly beaches, African wildlife, and attractive resorts. The country’s ability to milk its tourism spots has made it one of the wealthiest African countries. 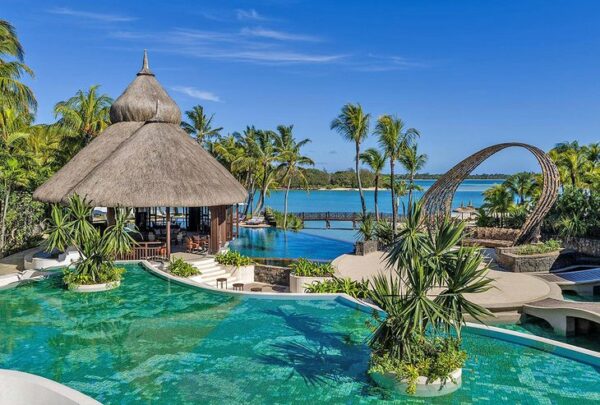 According to the Travel and Tourism development index, Mauritius ranks 62nd globally. Tourism revenues in the country reached an all-time high in 2022. According to AFDB, the sector contributes 24 per cent to the country’s GDP and makes up 22 per cent of its employment. According to trading economics, tourism revenues in Mauritia increased in October to 5893 Mur million from 5128 Mur Million in July 2022. Mauritius currently ranks 62nd on the global travel and tourism index.

South Africa’s natural and cultural diversity makes it a compelling destination for international tourists. The country is enriched with natural resources, like its parks and nature reserves, landscapes, fauna, non-leisure resources, and cultural resources, ranging from archaeological sites to entertainment facilities. It has also become a popular destination for business travelers. South Africa ranks as a relatively low-cost travel destination, although the market accommodates both budget-conscious tourists and those looking for a more luxurious experience.

In 2021, the sector’s contribution to South Africa’s GDP climbed 8.4 per cent to just over ZAR 195 billion. The sector also recovered 20,000 travel and tourism jobs, representing a 1.9 per cent rise, to reach almost 1.1 million. According to the Cape Town Tourism Authority, 74 per cent more international tourists arrived in the city in April 2022 than in April pre-pandemic. The sector is 68th on the global travel and tourism index. South Africa’s Travel and Tourism sector is forecasted to grow at an average rate of 7.6 per cent annually over the next decade, significantly outstripping the 1.8 per cent growth rate of the country’s overall economy. The sector is expected to create more than 800,000 jobs over the next decade, to reach more than 1.9 million by 2032.

Botswana’s tourism is centered on game reserves, wildlife, and wilderness tourism. Its wild landscapes attract nature lovers from around the world. Places like the Kalahari Desert and the lush Okavango Delta are almost always on tourist lists. The South African country also accommodates an abundance of wildlife, including the black-maned lion and cape buffalo. As a result, it is one of Africa’s top safari destinations, known for its luxury camps and lodges.

Botswana’s government has since identified tourism as a sector that could contribute to the diversification of the economy, relieving it from its reliance on commodities. In 2019, tourism contributed 13.1 per cent of Botswana’s GDP and 8.9 per cent of its total employment. Last year, the government implemented policies, to aid in faster recovery of tourism from the impact of the pandemic and grow the sector. The policies were aimed at six major areas – events tourism, cluster development, cultural tourism development, community project development, community projects, and dams’ tourism. Botswana ranks 76th globally on the Travel and Tourism Index. The country is also keen on promoting ecotourism and sustainable tourism.

Tourism in Kenya is the second-largest source of foreign exchange revenue, following agriculture. It is home to one of the world’s most authentic safari destinations, with attractions ranging from the sandy beaches at the coast, diverse flora and fauna, game parks, cultural heritage, and scenic landscapes. Over the years, Kenya has remained a competitive destination among domestic and international tourists. Before the pandemic, the sector made up 7.9 per cent of the country’s GDP till 2019. 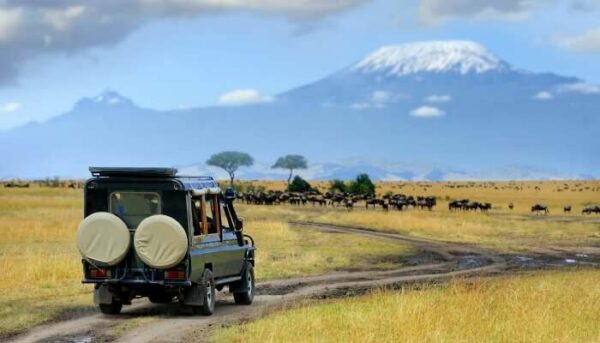 According to data from the Kenyan Ministry of Tourism, inbound tourism earnings between January and August 2022 grew to 167 billion shillings, about 1.39 billion U.S. dollars, compared to 691 million dollars in 2021. Kenya’s tourist arrivals surged 91 per cent during this period. Kenya currently ranks 78th globally on the Travel and Tourism Index.

Tanzania is an East African country known for its vast wilderness areas. This includes the plains of Serengeti National Park, a safari mecca populated by the “big five” game (elephant, lion, leopard, buffalo, rhino), and Kilimanjaro National Park, home to Africa’s highest mountain. It is also home to the tropical islands of Zanzibar, with Arabic influences, and a marine park home to whale sharks and coral reefs. Approximately 38 per cent of Tanzania’s land area is set aside in protected areas to conserve these areas.

Before the pandemic, tourism was the largest foreign exchange earner, the second-largest contributor to the country’s GDP, and the third-largest contributor to employment. In 2021, travel and tourism contributed 5.4 billion U.S. dollars to Tanzania’s GDP. This year Tanzania recorded a 62.7 per cent increase over the previous year, with 742,133 visitors between January and July. Tanzania ranks 81st on the global travel and tourism index.