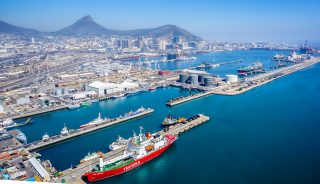 Africa is home to some of the richest countries and cities in the world, in part due to its oil-rich soil and human capital. A recent report published on property news outlet, africapropertynews.com was based on The AfrAsia Bank Africa Wealth Report 2018. This report contains a list of the 10 wealthiest cities with a cumulative wealth of $108 billion.

The report also places the combined individual wealth of all Africans at $2.3 trillion, with a prediction that by the end of 2027, it will have increased by a third to $3.1 trillion.

Below is the list of top ten wealthiest cities in Africa.

The biggest city in South Africa has a commercial capital value worth 276 billion USD. Johannesburg is located in South Africa, which is assumed to be the most developed African Country.

Cape Town is a port city on South Africa’s southwest coast, on a peninsula beneath the imposing Table Mountain. Valued at 155 billion USD, Cape Town, is the legislative capital of the most developed African Country, South Africa.

Cairo is a northern African state which serves as the capital of Egypt. The city is valued at 140 billion USD making it come third as the wealthiest city in Africa.

Lagos comes forth on the list of wealthiest cities in Africa valued at 108 million USD. The smallest landed city in Nigeria is the second most populated state in the Country with over 9 million residents.

Featuring as the first eastern Africa city, Nairobi is the capital of Kenya. The city is estimated at 54 billion USD as it hosts thousands of Kenyan businesses, as well as the Nairobi Securities Exchange, Africa’s 4th-largest stock exchange.

Luanda, the capital of Angola, previously named São Paulo da Assunção de Loanda, is the capital and largest city in Angola, and the country’s most populous and important city, primary port and major industrial, cultural and urban centre. The city is valued at 49 billion USD.

Pretoria which houses the seat of the President and Cabinet of South Africa is valued at 48 billion USD.

Casablanca is a port city, commercial hub and largest city in Morocco. It is important both as a port city and financial centre. Major Moroccan and multinational companies are headquartered here rather than in the political capital Rabat. It is valued at 42 billion USD.

Featuring as the second West African city, Accra is the capital of Ghana, and a centre for manufacturing, marketing, finance, insurance, and transportation. Accra is Valued at 38 billion USD.