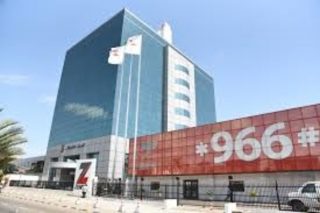 The company calculates the value of the brands in its league tables using the Royalty Relief approach – a brand valuation method that involves estimating the likely future revenues that are attributable to a brand.

With over 1,500 brands researched and more than 50,000 respondents surveyed across 29 countries, a total of 19 African banks from five countries made it to the global ranking which is now in its fourth consecutive year. South Africa leads the pack with seven banks, followed closely by Nigeria with five. Morocco and Egypt had three apiece, while Kenya completes the regional list with one bank.

First in Africa, 146 in the world, South Africa’s FNB fell five places from its rank of 141 in the 2019 edition. It is one of South Africa’s “big five” banks and a division of First Rand Limited, a large financial services conglomerate, which trades on the Johannesburg Securities Exchange.

Africa’s biggest lender by assets, the Standard Bank of South Africa Limited is a financial services group. It comes third in Africa and 162 globally, falling six places from its position of 156 in 2019. The company is listed and has its corporate headquarters, Standard Bank Centre, in Johannesburg.

Nedbank Limited is a wholly-owned subsidiary of Nedbank Group, a financial services group in South Africa offering wholesale and retail banking services as well as insurance, asset management, and wealth management. The company is ranked 177 globally, climbing up nine positions from 186 last year.

Founded in South Africa in 1974, Investec provides financial products and services to a select client base in three principal markets – the United Kingdom and Europe, Southern Africa and Asia-Pacific. It is positioned at 181 globally, seven places up from 188 a year ago.

Capitec Bank is a South African retail bank which as of August 2017 was the second largest retail lender in the country based on the number of customers – 120,000 customers opening new accounts per month. It ranks 249 on the list, up from 273 last year.

Attijariwafa Bank is a Moroccan multinational commercial bank and financial services company founded and based in Rabat, Morocco. Ranked 298th globally from 301 last year, the lender, which is part of King Mohammed VI’s holding company (SNI), is the leading bank in the northern African nation.

Founded in 1975, BCP is a major bank in Morocco with a significant market share of customer deposits. It ranks 312 in the Brand Finance ranking, from 373 in 2019, and has overseas offices across Europe and Canada.

Egypt’s largest bank in terms of assets, deposits, loans, bank-capital, number of total branches, and employees, the National Bank of Egypt slid 79 places from 292 last year to 371 in 2020. This is despite bagging the Best Retail Bank in Egypt award in 2019 for the seventh consecutive year.

At the bottom of the top ten is Banque Misr, an Egyptian bank founded by industrialist Talaat Pasha Harb in 1920. The lender has branch offices in all of Egypt’s governorates, and currency exchange and work permit offices for foreign workers in the country. It was placed at 390, up eight places from 398 in 2019.

Published in the United Kingdom, the report shows a year-on-year decline in the total brand value of the world’s 500 largest banks for the first time since 2009. It fell from $1.36 trillion in 2019 to $1.33 trillion this year. “The brand performance of established banking markets is a reflection of the fragile global economy and political landscape as well as the expectation of a downturn,” said David Haigh, Brand Finance CEO. “But it also represents banks’ ongoing challenge in adapting to increased regulatory and technological change within the industry.”

Meanwhile, China’s ICBC retains its top spot as the world’s most valuable banking brand, breaking the $80 billion mark as Chinese banks continue to occupy the top four of the ranking.