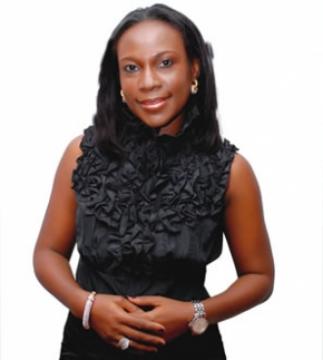 Toilets, sewage and waste. These three words are never used in a glamorous way and for many young women this would not make up a business idea. However for Nigerians, Jife Williams and Adeola Asabia, entrepreneurship and human waste management went hand-in-hand with the founding of Metamorphosis Nigeria or MN Environmental Services.

As 2009 Laureates for Africa of the Cartier Women’s Initiative Adeola Asabia and Jife Williams set up a dynamic business that also meets one of the most salient human needs. The Cartier Women’s Initiative is a global business plan competition run by Cartier, the Women’s Forum, McKinsey and company and INSEAD business school which recognises excellence in entrepreneurship in women from all over the world. Their application for the launch of MN Environmental Services was selected from a pool of 820 business plans and a shortlist of three top African applicants to win one year of coaching support, $20,000 grant and an exclusive trophy designed by Cartier.

MN Environmental Services was founded in 2008 and aims to build 57 sanitation facilities in Lagos state by 2014. When asked how this business idea came to life, Jife’s response reflected the mind-set of an entrepreneur, seeing opportunities where others only see problems:

“When I returned to Lagos from Angola in 2000, I noticed that nothing was working. My friends and I spent our time complaining about how the standards of living and services were going downhill. One day, I thought, “Instead of sitting around complaining, why don’t we do something?”

Prior to setting up MN Environmental Services, Jife had worked in the banking industry and also on a development project which provided public toilets to a parking area in Lagos that served about 600 people. Adeola was trained as a lawyer but did not practice; instead she went into the banking industry which she eventually chose to leave. They met because their children went to the same school and both shared the desire to ‘do something’; thus the idea for Metamorphosis emerged. The extreme need for sanitation in the megacity of Lagos motivated them to develop this business idea.

We found out that toilets were part of their priority needs on the Lagos Island and we set out to solve that problem. It is pathetic to note that many of them will excrete in  cellophane bags in their shops and throw them out in the canal or drainage thereafter. That is how they live and this is the 21st century. Apart from that, it is a usual practice to find people; men and women alike, urinating in the open. They claim that they have to express themselves because there are no alternatives”

The uniqueness of the idea was such that even while closing a gap that Lagos State government was unable to, they could make it sustainable. By charging a small fee for toilet use and showers, the toilet facilities served many functions. A single facility employs two hygiene assistants who are responsible for cleaning as well as giving hygiene and sanitation advice, a security guard and supervisor to ensure the facilities are kept in order. The salaries of these workers and regular maintenance of the facilities are fully paid for by the fees collected from users of the facilities. In addition to providing jobs, the toilets also serve as tools for community mobilisation for behaviour change and health improvement as Nigeria has one of the highest diarrhoea prevalence rates in sub-Saharan Africa, caused by poor sanitation and hygiene.

One of their recent developments involves a facility built at a large market in Lagos where over 4,000 traders earn a living daily. Traders from over 55 market associations commended the initiative which was sponsored by Shell and the community now takes pride in having such a “world class edifice” in their market. Metamorphosis was responsible for operation of the facility for the first two years then ownership was transferred to the community. In the meantime, training and education on hygiene and sanitation continues to mobilise and enlighten the community.

When asked what the most rewarding part of her work was, Jife said “since we installed our pilot facility, people have been so appreciative. This encourages me to carry on. I can see that my project is affecting their lives in a very small way”. Jife Williams and Adeola Asabia are indeed role models for female entrepreneurs, showing that a business can be developed and built on almost anything while having an impact on society.

Jife’s final words of advice for women who want to develop their own business:

“Have a clear picture of your business in 10 years.

Be driven and passionate about what you do. This enables you to get up every morning.

Find business partners who share your vision and work ethic.

Adapt to changing situations and conditions.

Persevere. It’s the only way to overcome the challenges of starting out on your own.

Remember what you bring to the table. Women can take their experiences from home and offer different perspectives on business. The challenge is breaking through the stereotypes and showing how capable you are.”

Did you know: 19th of November each year is celebrated as World Toilet Day. In 2009, MN Environmental Services joined millions worldwide to raise awareness for the 2.6 billion people in the world who have no access to sanitation. They did this by squatting for one minute at 12 noon at their first Lagos toilet facility which serves over 800 people daily.