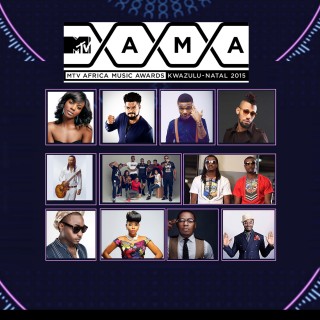 Three reasons Nigeria will continue to outshine at the MAMA awards

On Saturday 18th July 2015, the fifth edition of the MTV Africa Music Awards (MAMA) was held at Inkosi Albert Luthuli International Convention Centre in Durban South Africa–the first city to have hosted the event two years in a roll. For the first time ever the live telecast was aired on both MTV Base, MTV and BET simultaneously. Hosted by American Actor, producer and comedic genius Anthony Anderson, US Grammy award winner Ne-Yo as well as artist and song writer Jhene Aiko graced the awards with their sensational performances.

When Alex Okosi and Jandre Louw, conceived the idea of MTV Africa Music Awards MAMA, they didn’t expect that Nigerian artists would win the most awards barely five editions in. Prior to the launch of MAMA in 2008, African artists were awarded an MTV Europe Music Award voted by MTV Base Africa viewers for Best African artist.  The first award show was held at the Velodrome, Abuja, Nigeria hosted by British DJ and Presenter Trevor Nelson.

From the inception of the MTV Africa Music Awards, MAMA, Nigerians have won the most awards. However, the fact that one of the co- founders is from Nigeria hardly influenced the results. In 2008, Nigeria won seven awards out of ten categories followed by South Africa, which won only two. In the following years Nigeria won five out of eleven categories in 2009 and in 2015  seven out of fifteen categories.

As long as Nigerians keep their creativity alive and work on more collaborations with international artists, they will continue to advance in the entertainment industry while increasing their fan base.

Here are three reasons why Nigeria will continue win the most awards:

Creativity: Nigerians are known to be very creative and have incorporated this into their music. Most Nigerian artists that have won the MAMA awards have in one way or the other brought a new style of music or dance step to Africa–from the Skelewu dance by Davido to Psquares’ Shekini . For instance Yemi Alade “Johnny” who won the best female act of 2015 brought her unique style of music from her energetic dance steps and unique hairstyles. You can hardly go into a club in the United Kingdom or United States without hearing the DJ play a Nigerian song.

Spending more on promotion – Nigerian music producers spend a lot on promotion or media hype in order to ensure that artists win the awards–they go as far as travelling out of the country to shoot musical videos. On the average a musical producer spends about $402,000 on a musical video. This amount also covers transportation,accommodation, music and session fees.

Popularity: Being the largest economy in Africa and the most populous black nation is an added advantage for Nigerian artists– they are well known across Africa. They have been able to build their fan base across the globe by collaborating with several artists from different continents.