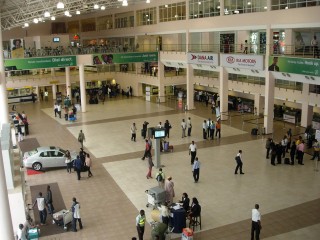 A travel website, the Guide to Sleeping in Airports has carried out its annual survey on over 26,000 fliers to find out the best and worst airports around the world. The result of this survey was published on the 2015 list of world’s worst airports. Surprisingly, one of the major international airports in Nigeria, Port Harcourt International Airport which is  located in Omagwa, a suburb of Port Harcourt City in Rivers state came first on the list. Nigerians have expressed their disappointment over the unfortunate ranking of the airport, which is in one of the largest oil producing states in the country. This is the first time a Nigerian airport would be ranked among the world’s worst airports on the website.

Here are three reasons why it ranked top on the list

Poor customer service: The report revealed that most of the staff in at the airport are very unpleasant and are very unhelpful. Whenever fliers approached them to clarify an issue, they complained that they paid little or no attention. This has always been an issue in most public places in Nigeria as most attendants pay attention to people who give them “bribes”.

Lack of comfort: How can you get to the airport 45 minutes before your flight take-off time or a lay-off and not have a seat to wait? In addition, almost all the air-conditioners are broken down and there are no signs that they will be fixed any time soon. All these reasons have made it very uncomfortable for passengers who use the airport.

Poor infrastructure: It is also appalling to know that the arrival gate for this international airport is a tent which can barely contain all the passengers from a flight. It would be recalled that in 2010 the airport was among the four airports which was approved for remodelling at a cost of N90 billion but this plan was allegedly abandoned by the federal government. This announcement could make the government speed up the remodelling process in order to prevent the airport from making the 2016 list of world’s worst airports.