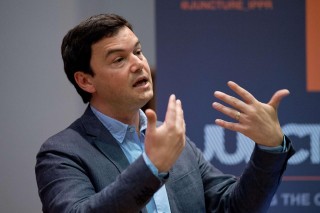 “I think Europe and North America should stop having a double language with Africa, which is on the one hand they always give lessons about governance and transparency and on the other hand, their own multinational companies and their own wealthy citizens are the very ones who are benefiting from financial opacity and they are doing nothing at all about it.” – Thomas Piketty.

However, the seemingly lax tax system in South Africa is interconnected to a weak taxation implementation structure. A country can have taxation laws but without a strong system to implement and enforce them on individuals and companies, the system will prove ineffective.

On October 1, 2015, South Africa ranked higher than a few developed countries in an assessment of hidden funds in HSBC Swiss bank accounts. According to Fin24, the money in these hidden funds connected to South Africa was 8 times higher than that of the United States of America and 3.5 times more than Spain.

If wealthy companies and individuals in South Africa are carting funds out of the country as a tax evasion tactic, how can the government intervene?

The South African Revenue Service (SARS) has previously attempted to settle scores with tax evaders in the country. In July 2015, SARS identified 585 South Africans, who held $2.09bn in 2221 accounts overseas to evade tax liabilities and gave them till August 2015 to approach them through their Voluntary Disclosure Programme (VDP) to regularize their tax affairs.

In addition, earlier this year, South Africa’s finance minister, Nhlanhla Nene gave new principles guiding tax payments in the country. He stated that taxation is a public contract with the people of the country, where the people entrust government with funds to provide basic services and infrastructure.

South Africa’s economy is currently experiencing slower growth with a 1.3 percent drop in its Gross Domestic Product (GDP). Despite growth in its manufacturing sector and trade, the rand continues to depreciate

But according to FocusEconomics, the economy should grow 1.7 percent this year, which is down 0.2 percentage points from last month’s estimate. Experts expect economic growth to pick up speed to a 2.1 percent expansion next year.

While taxation has been established as a necessary policy in every country, if foreign corporations and wealthy individuals continue to evade taxes, what is the fate of developing economies?

According to Piketty, developed countries advocate for equality and inclusion in developing countries, yet they practice the opposite in those very countries. It’s time for taxation bodies in Africa to incorporate strict principles and implement them for every individual and corporation, without fear or favor.