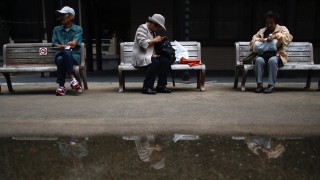 “It occurred to me that at one point, it was like I had two diseases: one was having Alzheimer’s the other, was knowing that I had Alzheimer’s.”

Alzheimer’s is a type of dementia. Dementia is a term used to describe symptoms of several brain diseases and disorder such as memory loss. The likelihood of dementia increases with age, but dementia is not necessarily correlated with old age. Imagine walking on the road and suddenly forgetting where you live. This is the reality of 4.6 million people in Japan whom this disorder affects. In 2015, over 12,000 Japanese dementia patients went missing; this number was an increase of over 1,000 from the previous year. And in 2015, out of these thousands that wandered off, 479 died and are yet to be located. This statistic is enough to keep a country on its toes so a company in Japan came up with a new initiative, aimed at keeping track of its dementia patient by attaching QR codes to their finger nails or toe nails.

“Being able to attach the seals on nails is a great advantage… There are already ID stickers for clothes or shoes but dementia patients are not always wearing those items,” a city worker said.

In Iruma, a beautiful Japanese city near Tokyo, a company has developed a tagging system for dementia patients, by attaching a 1cm (0.4in) square waterproof sticker containing personal information to their fingers and toes. Personal information like address, telephone number, and unique identity number for each user will be encrypted in this tiny sticker for the police to scan in case they go missing so as to help track down their relatives. The initiative uses a system of QR codes and was set up to address the crisis of people with dementia going missing, in order to reunite them with their family. The stickers remain attached for an average of two weeks and can also be attached to toenails and worn beneath socks, which, to me, is preferable to the sometimes overly exposed badges. The free service, which launched this month, is a first for Japan, whose dementia patient rate is particularly high, but the rate isn’t depreciating anytime soon. 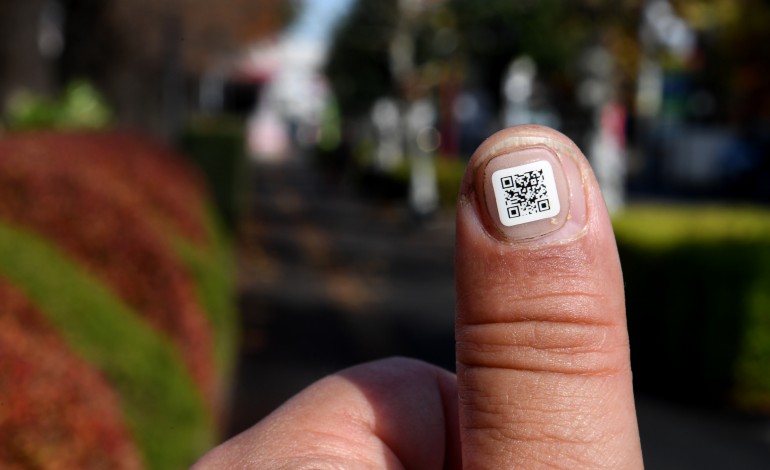 In 2025, the number of people with dementia is expected to increase to 7 million, or one in 5 people, from 4.6 million. This means more people will inevitably go missing if more ways to track them faster aren’t adopted. Alongside the looming health crisis in Japan, the country is also aging an ageing population which is as serious with more than a quarter of its citizens aged 65 or over. This number is set to increase in 2055, by 40 percent, followed by the shrinking of the population expected from 127 million to 90 million.

If for nothing at all, because of this, the Japanese government, and private companies should look for more ways to make the lives of people living with dementia, simpler. Alongside QR stickers, to track wandering patients, under its “orange plan” which was announced in 2015, the government is to spent 22.5 billion yen (£152.3 million) to train more specialists, improve early diagnosis and expand community-based care in order to relieve the pressure on family members who have to give up work to become caretakers.

Also, in Japan, a range of goods and services that claim to improve cognitive function, from fitness programmes for the over-60s to crosswords and puzzles have become prevalent, in order to improve memory and enable older people to hold on to their memories.

“While no one can change the outcome of dementia or Alzheimer’s, with the right support you can change the journey.”
― Tara Reed, What to do Between the Tears