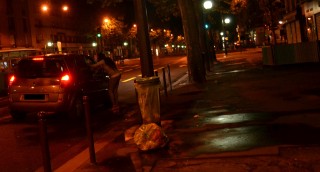 At an international conference next week in Dublin, about 500 Amnesty delegates from more than 80 countries will decide on whether to advocate the elimination of all penalties for prostitution, after Amnesty International’s call for the decriminalization of all prostitution; both for sellers and buyers of sex. Although this comes with the condition that it should be criminalized when it involves “human trafficking for sexual exploitation,” it hardly solves the problem of how to deal with prostitution.

Whereas this human rights group proposes decriminalization, some countries have been making more efforts to impose harsher penalties on buyers using a model adopted in Sweden in 1999. If this policy, according to Amnesty International is the best way to respect, protect, and fulfill the human rights of sex workers, the leading human rights group must also be ready to face the consequences.

In suggesting such a sex-trade policy, sex workers will have to be properly screened to know their ages and medical history while providing other social and legal protection. Certain measures will also be taken to ensure that this remains a matter of privacy between consenting ‘adults.’ This is because despite having their lives reshaped by absence of choice, not all women fully consent to these acts before they are swayed by those who arrange clients for them. The same Pimps who put business before the welfare of others simply to please their largely male clientele.

The Deputy Executive Director of the group, Cammie Croft said sex workers are one of the most marginalized groups in the world so it is important that as Amnesty International, the group can work to support their human rights. This proposal has however been denounced by some human rights activists.

A petition from the Coalition Against Trafficking in Women (CATW) which protests against this policy has been signed by more than 400 people, including A-list Hollywood celebrities; Anne Hathaway, Kate Winslet, and Meryl Streep along with prominent church leaders.

Taina Bien-Aimé, executive director of CATW, told FOX411 that Amnesty’s move to legalize prostitution would leave an already vulnerable population in even dire straits. She also applauded the women for their support and position on the issue. “We’re grateful that leaders like Meryl Streep and Anne Hathaway are standing with women that are exploited rather than pimps and Johns.”

No decisions will be made before the completion of the consultation process.