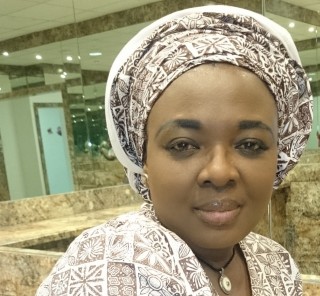 Adebunmi Adeniran, a Nigerian linguist based in the United Kingdom has invented a multilingual keyboard which supports and enables writing in at least 12 Nigerian languages correctly as well as the use of correct signs and tones to give instant meaning to the reader.

The multilingual keyboard known as “Nailangs” is aimed at ensuring that Nigerian local languages are learned with ease so as to prevent the languages from going into extinction, said Adebunmi.

Unlike Konyin’s multilingual computer keyboard which was only available for desktop, Nailangs keyboard is available for download on all platforms such as Google Playstore, the iOS store and Windows (Desktop) for easy access with attached fee of N2,397.04, $9.99, N4000 respectively.

After the download is complete, users can type in the three official Nigerian languages, Hausa, Igbo and Yoruba, alongside other recognised languages which include Efik, Idoma, Hausa/Fulani, Tiv among others, Adebunmi said.

Nailangs seeks to provide a solution for addressing many who complain that their names are often mutilated as a result of the inadequacy of the already existing computer keyboards.

Adebunmi expressed dissatisfaction at the rate which, in recent times, Nigerians use their dialect as a secondary language instead of their primary language. However, she praised the Urhobo people for their passion to speak and write their dialect hence, the Urhobo language made the list of the 12 languages on the Nailangs keyboard despite not being a part of the more recognised languages.

Adebunmi has established a website that teaches Yoruba language as well as a partnership with some Yoruba afterschool clubs that can teach children the Yoruba language once they return from school, particularly in Lagos.

She hopes this invention will go a long way in re-instituting the pride associated with languages in Nigeria and subsequently become the national keyboard for Nigeria in the nearest future.