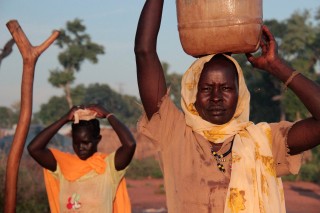 These are the worst African countries for women to live in

A total of five African countries have recently been listed among the worst countries in the world for women to live in. They include South Sudan, the Democratic Republic of the Congo, Central African Republic, Mali and Libya.

The research which was conducted by Georgetown University’s Institute for Women, Peace and Security (IWPS) and Peace Research Institute, Oslo, shows that women’s rights have improved in some 60 countries, but deteriorated in many war-torn nations.

IWPS has profiled 167 countries since 2017 when the Index was first compiled but new research found deterioration in women’s lives was often linked to security.

Key areas that were considered include access to financial accounts (either mobile or at conventional banks), jobs and security. Also, political participation, discriminatory laws and even domestic violence were put into considerations.

The report also reveals that legal discrimination means about 2.7 billion women globally are restricted from working in the same jobs as men. Gains were strongest in women’s access to financial accounts, either mobile or at conventional banks, in fewer discriminatory laws and through increasing legislative representation.

“A national election can bring about big changes, both positive and negative,” Managing Director of the Georgetown Institute and lead author of the index, Jeni Klugman told the Thomson Reuters Foundation.

In South Sudan,  years of conflict, discriminatory culture, and abject poverty have limited the promotion of equal rights and opportunities for women in politics. Over 90 percent of women in South Sudan are illiterate.

Also, even though women in countries like the Democratic Republic of Congo still enjoy some legal rights, custom and legal constraints still limit their opportunities.

The status and social roles of women in Mali, on the other hand, have been formed by the complex interplay of a variety of traditions. While women in Libya have become subject to a great deal of discussion and legal action after the change of government.

Despite the fact that the security and humanitarian situation in the Central African Republic (CAR) may be dire, the women want to be included in the conflict-stricken country’s peacebuilding process.

According to Klugman, the index was not invented out of thin air but is rather grounded in long and hard-negotiated agreements. It is also intended to inform and inspire action towards one of the global development goals adopted unanimously by the United Nations in 2015.