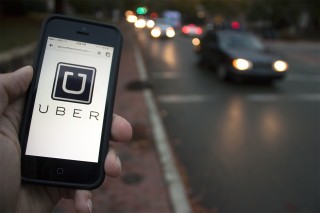 Despite bans in Thailand, Netherlands, and Spain, protest in Slovakia and France, “Uber is launching into a new city every other day”, said Uber’s head of global expansion. With Uber’s presence in over 58 countries and 300 cities worldwide, its plan for world domination seems unstoppable.

Here are the ways Uber Technologies Inc. is addressing social issues in the Middle East

Uber, no doubt, has successfully transformed the face of transportation worldwide, however its impact on the sector has been staggering. Despite revolts from local taxi drivers, Uber has made significant impacts in the lives of drivers partnering with them. In Cairo, for instance, Uber’s fastest growing city in Africa, about 40% unemployed drivers have joined Uber’s service which has caused Uber drivers in Cairo to increase about six fold.

Drivers in this region have opted for a safe and affordable option provided by Uber. The Uber platform creates multiple jobs across different countries in the Middle East and North African region.

Sexual harassment is a major occurrence in the Middle East and North Africa. According to the UN’s survey on sexual harassment, about 99 percent of Egyptian women are sexually harassed, noting that harassment also includes body contact. While some have attributed the high rate of harassment to lack of education and public safety, Uber plans to address this issue by announcing its partnership with Harassmap in Egypt. Uber’s partnership with Harassmap is the first of its kind in Egypt and every-driver partner on the Uber app would be trained on how to recognize, prevent and take positive actions against such occurrences.

“We’re trying to understand how women drivers are interacting with our system. So far the results have been really interesting. They want to work part-time, and they’re juggling a lot,” said Uber head of global expansion, Austin Geidt.