These are the reality TV shows that rocked in 2015

Since the advent of cable TV and the start of Big Brother (one of the very first reality shows in Nigeria) it’s clear that reality TV shows are here to stay. Now, most TV shows are sponsored by media and telecommunications giants and often enough, these programmes become a deeply enthralling must-watch for many.

From the hilarious auditions to heart-wrenching evictions, there are several reasons why reality TV is so popular in the country and beyond. While some reality shows have fizzled out from our national consciousness, these are the top five reality shows that are hot right now, and won audiences over in 2015.

Sponsored by Unilever Nigeria, about 14 contestants battle in a kitchen for weeks in order to win a grand prize of 2 million naira, a brand new car and kitchen equipment. Every week, through a series of cutting, steaming and frying, contestants aim to impress the judges with delicious and innovative meals.

With about 13 million viewers, its quite obvious that the KTQ was a favourite in 2015. 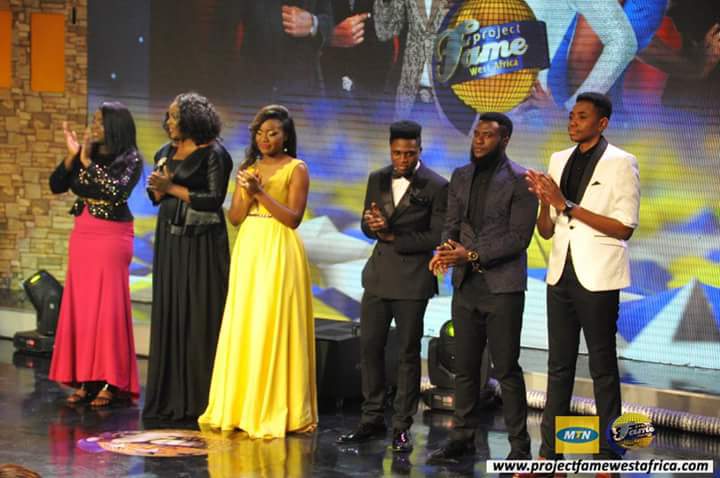 This reality TV show, filmed in Lagos, features contestants from several other African countries vying to win a record deal in the entertainment industry. With experienced mentors and faculty members to learn from, each season opens up to several applications from all over the country.

Currently on its 8th season, the show has been a constant in Nigeria since 2008 and with the weekly dose of suspense it provides, it may still be a favourite for years to come.

Nigerians who love to dance and those who can only imagine completing intricate dance moves in their dreams were visibly excited by the debut season of this Globacom-sponsored reality TV show. Judged by Peter Okoye (a member of the famous P-square group), Kaffy (a feature in the Guinness Book of Records) and Don Flex, the show is fast becoming a favorite across the continent.

The beer brand is no stranger to the television, however, with its new show, Star Football Super Fans TV Gameshow, Star has proven that its presence on tv is only going to grow stronger. As a way of rewarding its consumers all over the country for their passion and pride in football, contestants display their knowledge about the game and get rewarded for it.

Coke Studio offers amazing mashups from various talented musical artistes across the continent. As a platform which aims to bridge cultural and national barriers through music, the ultimate live performances on the show introduce a new sense of African pride.
On its third season, with a remarkable line up of artists, it appears that Coke studio will remain a staple on the TV for a long time.