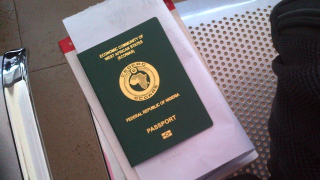 Nigerians are once again required to adopt a new government policy involving the issue of identification in Nigeria. Come January 1, 2018, the National Identification Number (NIN) could determine whether or not you are able to travel to another country, how securely you conduct e-business, and the progress of e-government in Nigeria, amongst other matters.

The Federal Government is mandating Nigerians to apply for an identification number with the National Identification Management Commission (NIMC). Failure to do so, means that obtaining or renewing Nigerian passports would be impossible after the aforementioned deadline. This mandate also applies to Nigerians living outside the country, or foreigners who wish to reside or do business in Nigeria.

This identification number is meant to aid with the “harmonisation of data” in Nigeria to promote “security, innovation, social inclusion, and financial inclusion,” as well as bolster e-governance in the country. Following the implementation of the policy, Nigerians will no longer be required to capture biometrics twice, as the NIMC National Identification Number (NIN) automatically qualifies the holder to obtain a passport.

Furthermore, the Comptroller-General of the Nigerian Immigration Service (NIS), Mohammed Babandede stated yesterday in Abuja, after a meeting held by the database harmonisation committee, that the rationale behind NIN is to encourage the ease of doing business in Nigeria. According to the CG, inadequate data of those conducting business in Nigeria leads to a lack of technologically collaborative efforts between organisations.

On one hand, most Nigerians would probably rush to register for their identification numbers with NIMC, given the importance of the Nigerian passport as a travel document. On another hand, this new government policy wouldn’t make a difference to a lot of other Nigerians.

However, a major  issue to consider is how much we know about the issue being discussed, and its significance and implications for Nigerians.

Who is the NIMC?

The NIMC was established in 2007 to ensure the implementation of the Nigerian government’s reforms with regards to identity. This involves legal enrolments of citizens, the creation of a national identification database, and issuing national identification numbers to legal and qualified citizens and residents. The agency is currently charged with enforcing the ‘no NIN, no passport’ policy.

Why is NIN important?

The NIMC issued national identification number allows you to carry out every single kind of transaction that requires you to prove your identity, including opening bank accounts, getting a driver’s license, paying taxes, obtaining an e-ID card, travelling, financial transactions, access to healthcare and pension schemes, and more.

“Harmonisation of data” and e-government

As explained above, the ability to be able to conduct multiple, separate transactions using a single form of identification means that your data has been synched by the government, making you easily identifiable and trackable. This is a plus for e-government which in general seeks to improve the structure and administration of governments for their citizens through the employment of information and communications technology (ICT), in summary.

African countries with a laudable record of e-government include Morocco (which recently adopted a new ID card), Tunisia, Seychelles, and Egypt, despite the continent not being generally regarded as successful with the implementation of e-government. With the introduction of the compulsory obtainment of a NIN, Nigeria appears to be on a quest to join her counterparts around the world who are improving governmental services to their citizens via e-government.

The present claim is that having citizens maintain a unique identification number for all their transactions is hugely beneficial to both the citizens and the country. But, how precise is this claim? Some of the challenge associated with e-activities in Nigeria include insufficient cyber-security, along with a general lack of privacy and mistrust of the government to protect citizens on that level.

Gathering an adequate database for Nigerian citizens evidently continues to elude the Federal Government due to infrastructural limitation, thus making the dreams of effecting e-government a bit of a reach. Especially given a simple instance where a lot of Nigerians are still awaiting their national identification cards after years of registration. But perhaps, this latest insistence on a NIN for legal citizens and residents would commence a change of the status quo.

What’s more, getting your NIN does not involve any payments. Read the guidelines on how to obtain a National Identification Number here.