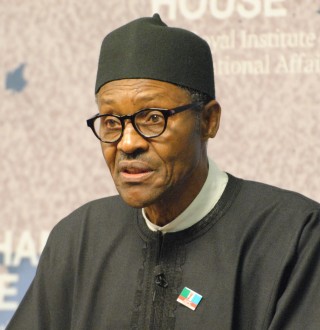 Yesterday, the Presindency finally submitted a list of Nigerian ministerial nominees to the Senate by the presidency after months of waiting. The list is incomplete with only 20 names.

According to reports the names on the list are:

Before the list was sent to the senate yesterday, drama played out in the house when the Senate Minority Leader and former Governor of Akwa Ibom State, Godswill Akpabio asked, “Mr. President, today is September 30. Where is the ministerial list? I am surprised that the list is not part of what was read by Mr. Senate President.”

In response to his question, Deputy Senate Leader Bala Ibn Na’Allah who stood in for Senate Leader, Mohammed Ali Ndume attacked Akpabio saying that it was his duty to respond because the question was directed at the APC government. Based on Na’Allah’s response Akpabio was ruled out of order.

Nigeria’s business sector and foreign investors have criticised the president for delaying to appoint ministers after four months of being in office. Despite all the criticism, the president said that Ministers made a lot of noise and that the technocrats were the ones doing the job.

Nigeria’s president used the October 1st independence speech to defend why he delayed in appointing ministers.

“Fellow Nigerians, there have been a lot of anxiety and impatience over the apparent delay in announcement of ministers. It would have been haphazard to announce ministers when the government had not finalised the number of ministries to optimally carry the burden of governance.” President Muhammadu Buhari said.

It is speculated that if the president had not submitted the list on September 30th, Nigerians would have occupied the streets to pass their message to him. Nigerians are also keeping their fingers crossed to see if the president will be regionally biased about his nominations.

According to a statement from the senate, Nigeria’s Senate President Bukola Saraki will read the list to the upper house of the cabinet on Tuesday October 6th.

Nigerians who have been eagerly awaiting the full ministerial list have took to twitter to react using the hashtag #Thelist which was started by Senate President Bukola Saraki:

One of the abilities of a great manager is the ability to delegate. If you try to run everything yourself, you’re a bad manager. #TheList

Just catching up, so President @MBuhari had turned #TheList into Batch A and others. There is hope for lobbyists — Rosanwo (@rosanwo) October 1, 2015

If the names we are hearing are on #TheList,The President only succeeded in trampling on his reputation. @wefmng @segalink @vanguardngrnews — Emeka Makata (@EmekaMakata) October 1, 2015

If @APCNigeria could publish 2015election results of votes secretly cast by millions of Nigerians b4 @inecnigeria, why is #thelist secret?