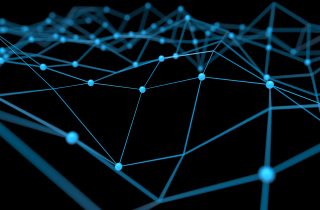 Despite various controversies, blockchain projects are growing rapidly across the world and bringing a fresh outlook on businesses and investments.

According to Reuters, Rwanda is hosting the world’s first blockchain-powered tantalum-tracking platform, taking a step forward addressing controversies surrounding conflict minerals in the country. With the new blockchain platform which is spearheaded by Circulor in partnership with Rwanda’s mining board, tantalum in the East African country will be tracked from the ‘pit-face to the refinery.’ This will ultimately attract potential investors who seek a conflict-free source of minerals into the country.

“Companies will be able to use Circulor’s platform to tag and trace tantalum mined in Rwanda as it passes through the supply chain. Mining company PRG Resources, who are in Apple’s supply chain as a producer of tantalum, ran the pilot and are now using the production system,” read a statement released by the Circulor.

The blockchain platform developed by Circulor will allow consumers of minerals (tantalum) understand where the origin of the materials they bought for manufacturing and also make it harder for “materials that are not ethically sourced to pass through the supply chain.”

Tantalum, a global mineral resource used in producing electronics and gadgets has been tagged ‘conflict minerals’ despite recent surge in its demand in the global market. Even though it is indispensable and important for manufacturing industries, and smartphones makers, what remains unresolved is how to tactically halt the illegal sales of the minerals which are ‘used to finance political militias that murder civilians’ in conflict-ridden countries.

In Rwanda, Tantalum remained one of its greatest export but its conflict minerals nature has wade off investors interested in mining in the country. In 2014, the East African country was the largest producer of Tantalum, producing 50% of global tantalum concentrates, rising from 12% in 2000. According to Francis Gatare, chief executive of Rwanda’s Mining, Petroleum and Gas Board, it was “vital for Rwanda to prove it was a conflict-free source of tantalum”.

Over the years, smartphones makers and electronic have been under intense pressure to drop the ‘blood mineral’ from DRC Congo and its neighbouring countries. It affected countries like Angola, Burundi, Central African Republic, Republic of Congo, Rwanda, South Sudan, Tanzania, Uganda, and Zambia.

In the wake of a global boycott by companies, Rwanda was also indicted in a report by ABC over the smuggling of tantalum into the country, further casting doubt over the traceability of the mineral in the country. According to ABC, the Rwandan army made at least $250 million over a period of 18 months through the sale of coltan, even though no coltan is mined in Rwanda.

“Blockchain is one of the technologies that has demonstrated capabilities of providing a more efficient and effective way of delivering traceability for commodities,” Gatare told Reuters.

In the US, the Dodd-Frank Act signed by President Barack Obama in 2010 also requires that ‘companies from the United States of America must trace the source of minerals.’ After many years, the Rwandan government has been making constant efforts to develop a mineral traceability programme. The new blockchain technology employed is an indication of the government’s readiness to address the conflict-nature of its minerals and clean the mineral supply chain.