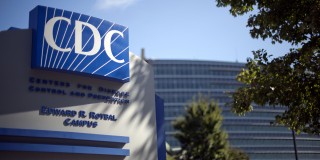 The United States of America is opposing China’s plan to build an $80m headquarter for the Africa Center for Disease Control and Prevention in Ethiopia, owing to Beijing’s scientific spying program.

The US believes that the proposed project is a plot to access classified information on genomic data for China’s self-interest. “It’s a threat to Africa, the continent has vast amounts of genomic data and the Chinese want to build the CDC to eventually steal the data from all the other centres,” an administration official told the Financial Times.

The first meeting to discuss the location of the headquarters has been fixed for the 13th February 2020. But the US has threatened to cut ties with the centres if they do not reconsider China’s intention.

According to the administration official, “Out of nowhere the Chinese swoop in and want to build the Africa CDC headquarters that the US had invested $900m in the past 15 years to support health in Africa. If the Chinese build the headquarters, the US will have nothing to do with Africa CDC. Washington gave $14m to Africa CDC in its first year of operation and still pays the Africa CDC director’s salary along with those of senior medical staff.’’

The US concern may be on the grounds of the 2018 scandal over AU’s conference centre. The 19-story conference centre in Addis Ababa was mired in a scandal where the African union accused china of bugging the structure and uploading a nightly data cache, including audio recordings, to Chinese servers for five years.

The Chinese government has responded to the allegations of the US saying, “This is just as ridiculous as the recent allegation by some in the US that China is building the AU conference centre to steal AU data. It shows that some people in the US always make presumptions by their own pattern.”

It is not clear if the advice from the US is a genuine one or as a result of the current trade war between Washington and China. But Africa is in dire need of addressing disease outbreaks; the continent has lost about 11310 lives to ebola amongst other deadly diseases. The region may not have the luxury of choosing where or who to get help from in a time like this.

The Africa CDC was founded by the African Union’s 55 members in 2017 due to the 2014 Ebola epidemic. The centre mainly aims to reduce sickness and death by improving prevention, detection and response to public health threats. Since its launch, the foundation has received significant support from the United States and donations from China, the World Bank, Kuwait, and Japan.