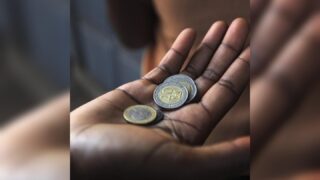 The struggle for financial independence among Nigerian youths

Omolara (not her real name) is a 36-year-old who lives with her parents. Her daily routine is basic — cook, clean, and assist her mother at her small provision store. According to her, this is the best life she can afford at the moment. Since she graduated from the university 11 years ago, she has never earned a gross monthly salary above N30,000.

“I have tried everything,” she said. “It is so depressing and embarrassing for me, but I have learnt to live with it. Maybe it would have been easier if I were married. At least, I’ll no longer be a burden to my parents. My parents have done enough for me, and I feel guilty that they aren’t reaping anything.”

Adults who are financially dependent face stigma, especially as they approach the age of 30. Society expects them to be mature enough to foot their bills and, in most cases, to begin financially supporting their parents. As a result, many young Nigerians who are struggling to break free are becoming depressed.

For the ordinary young adult, financial independence from parents is a dream. According to a Ventures Africa survey, 88 per cent of youths aged 18 to 30 believe that being able to pull their weight will help them feel more like adults. However, only 37 per cent of them can continue to live their current lifestyle without parental support.

Eniola Bankole, a 27-year-old marketer, gave up on his dream job of becoming a university lecturer. “It no longer makes sense,” he said. “I taught in a secondary school for a year and discovered that I enjoy teaching. So I chose to pursue a career as a lecturer, but these institutes only have openings when someone retires. I wasn’t paid well as a teacher, either. So I chose to do my current job.”

Eniola believes the older generation is partly responsible for the high unemployment rate among young people today. “They are part of the reasons why young people cannot get jobs. They hold on to their jobs for so long and will not retire early. Most of them don’t have anything new to give, but they refuse to let young people with new ideas take over.”

One in every three Nigerians is currently unemployed, but that is not the most concerning aspect. Youth unemployment is now at a startling 53 per cent, nearly five times more than it was in 2014. (11.7 per cent ). Olamiposi is a 30-year-old father who owns a small-scale dry-cleaning shop. His parents house him and his five-year-old daughter.”

Olamiposi holds a grudge, “It’s already hard enough that I have to take care of my child from my little earnings. I don’t understand why they (his parents) keep making so many (financial) demands from me. I barely make up to N80,000 monthly from this business, so I find it difficult to even save up for an apartment because they keep making me foot bills. I know I live under their roof, and I’m not trying to be irresponsible. But why do I have to bear a load I’m not ready to carry? I’m sure it wasn’t this hard for them in their day.”

In our survey, 53 per cent of the respondents believe that their parents found it easier to achieve financial independence in their youth. This belief for many has morphed into a silent grudge against the older generation. “They make it so difficult to stay,” Tunji, a 25-year-old teacher who lives with his parents, said. “I desperately want to leave, not just because I’m an adult, but because I can’t stand the disrespect. Things were simpler in their time. But their generation messed up this country. I wouldn’t be here if I could find a better job.”

Tunji’s grudge may not be misguided, considering that Nigeria’s economy has been poorly administrated. Since 1960, when Nigeria gained independence, it has only recorded negative inflation rates three times, while single-digit inflation rates 21 times. According to our survey, many young people believe their parents found it easier to secure jobs. Some even believe doing business was easier for their parents. Statistically, they are not wrong.

Data from the Nigerian Bureau of Statistics show that Nigeria maintained single-digit unemployment rates from 1960 to 1976, and from 1980 to 1996. “Things were not this difficult in their time”, said an anonymous respondent. “Although it was not all rosy then, they were not in an economic situation like we are currently. They enjoyed the years of the oil boom and agricultural buoyancy. And I heard and read that job security was reasonably effortless so far you are educated”.

The federal government may not be as apathetic with youngsters as it appears. However, it is steering the youth empowerment ship in the wrong direction. The Buhari administration has introduced several youth-focused initiatives, including N-Power, the Government Enterprise and Empowerment Programme (GEEP), the National Youth Investment Fund (NYIF), N-TECH, N-AGRO, and other similar programs. These initiatives demonstrate the government recognizes the need to focus on the country’s youth. However, the government does not seem to understand that this is not a problem that can be solved by offering minor loans and grants or by providing temporary jobs.

Non-governmental activity currently contributes over 95 per cent of Nigeria’s GDP; this is where the focus should be. But the government has been at odds with the private sector. According to the most recent World Bank annual evaluations, Nigeria is placed 131st out of 190 economies in the ease of doing business index. Last year, the Lagos State Government clamped down on motorbike-hailing services such as Gokada and ORide for unclear reasons.

This year, fintech began to seem like a targeted industry, as companies had to claw their way out of government interferences. A typical example was the shutting down of virtual accounts by Providus Bank, for example shut down virtual accounts which most fintechs used to provide services to their consumers. According to Providus Bank, the new regulations by the Central Bank of Nigeria compelled them to close those accounts. The Central bank also froze the accounts of four of Nigeria’s leading investment fintechs, just after they began to recover from restrictions by the Security Exchange Commission (SEC). The SEC claimed at the time that there was a proliferation of unregistered online investment and trading platforms facilitating access to trading in securities listed in foreign markets.

However, young Nigerians are adopting technology as a lifeboat in a sinking economy. The high demand for digital skills, coupled with the short supply has made it a high-income industry. According to the Nigerian Bureau of Statistics, Nigeria’s tech industry contributed 17.92 per cent to the country’s GDP in the second quarter of 2021. This was achieved while employing the least fraction (5.7 per cent) of Nigeria’s labour force. The agricultural sector, which employs the most people, 34.66 per cent as of the last report, contributed 22.13 per cent to the economy. Despite Nigeria’s high unemployment rate, less than three out of 10 tech professionals are unemployed in Nigeria.

“There will always be difficulties or constraints, Nigeria has always been an economically rigid country. A higher literacy level and a low cost of living could have made things easier for our parents. But we can make this generation’s life easier if we add digital skills to our educational curriculum,” said Zainab Amoo, social media manager, Ventures Africa.