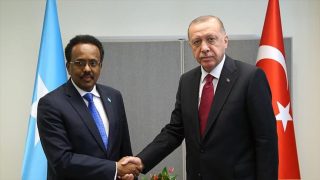 The Somalia government has invited Turkey to explore for oil offshore. Turkish president, Recep Tayyip Erdogan disclosed the news according to the NTV news channel. Erdogan revealed that Turkey will advance on the proposal while business dealings will be done on similar terms, as conducted in Libya.

The firsthand invitation may be a sign of gratitude to turkey, with respect to the long relationship between the two nations. In 2011, Turkey offered aid during the famine crisis in Somalia. Also, Turkish engineers are supporting infrastructure projects in the country alongside the training of Somalian soldiers to help build the nation’s defence.

Since 2009, The East African state has been dealing with a civil war which took a toll on the economy. In light of this, the Somalia government has been making deliberate efforts to progress in the offshore market.

To make the industry more lucrative for investors, the Somalia senate recently passed a bill on regulations and revenue sharing in the petroleum sector. Prior to that, in 2019 the country’s petroleum minister Hon. Abdirashid Mohamed Ahmed announced that the country was open for business, with around 15 new offshore oil blocks covering a total area of approximately 7,500 square miles on offer.

Although the country does not produce any oil, the drilling and production by foreign enterprises can significantly augment the economy.

It also appears that Turkey was stirring a pot in the Libyan agreement. The contracts between Tripoli and Ankara covered military defense and maritime exploitation in the eastern Mediterranean Sea. Meanwhile, Cyprus, Egypt, and Greece had already claimed the same shores. This caused a squabble amongst all countries and stakeholders of the water.

The European Union also frowned at turkey operations on the zone, accusing the country of encroaching on the rights of Greece and negligence of the “law of the sea.” The council later placed sanctions on Turkey in 2019 for gas exploration activities off Cyprus and also stalled funds allocated to Turkey for 2020 by nearly 162 million dollars. Also in support of the Republic of Cyprus, The US Congress Senate voted to lift a 1987 embargo on the sale of arms to Nicosia.

Possibly to protect their oil interest, Turkey’s congress voted in favour of sending 6,000 troops to Libya during the crisis between the United Nations Recognized Government of National Front Party and Khalifa Haftar of Libyan National Army. However, Russia and the EU considered the move to be Presumptuous, claiming that foreign interference might escalate the crisis in the region. Ankara agreed to stop external intervention and also seized deployment of soldiers after meeting with Russia for peace talks in Berlin.

Given Turkey’s interest in conflict zones, there are concerns about the true interest of the Turkish state and what they stand to gain from relations with the conflict zones. Hence, it may be advisable to control the possibilities of Turkey breaching the agreed boundary of its operations in Somalia. The Somalia government should also consider changing the style of agreement turkey is proposing, especially in terms of military leverage.