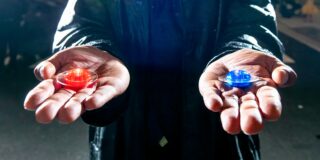 Africa’s entertainment industry has come a long way over the past few years. The music sector, for instance, has grown so much that the world’s top record labels are cashing in on it, partially because of the growth of indigenous genres like afrobeats. In the same manner, African movies have caught the world’s attention. The recent string of deals among African film and TV producers and global studios and streamers marks a sharp change from previous decades when African talent and the African market were neglected, ignored or dismissed.

While Africa houses more than 1 billion people, a report claims it has less than 5 million subscription video-on-demand (SVOD) users. While that marks a significant improvement from pre-pandemic levels, there’s still a mountain to climb. But this data poses a half-glass perspective. So it does not make a case for or against any side of the debate. Instead, it’s better to understand how subscription video-on-demand grew in other markets and see what makes Africa peculiar.

In the beginning, Netflix

It’s impossible to talk about the roots of SVOD without talking about Netflix. The history of SVOD is the History of Netflix. SVOD, as we know it today, started when Netflix launched their monthly subscription website in the United States in September 1999. Netflix had started in the late ’90s as an internet-powered movie rental service that eventually kicked out older rivals like Blockbuster. Netflix blew the industry open when it began offering an all-you-can-eat option to viewers for $9.99 monthly.

Notably, Netflix gained dominance during the internet boom, which evolved into the dot-com bubble. Because of the country’s quick internet adoption, it was easy for the subscription model to gain acceptance. So the original idea of SVOD was to give people a cheap and convenient way to access and watch movies. And as the internet evolved, so did Netflix, and so did movie streaming. We now have several other streaming platforms, and content has become the new ground for competition. But what’s important is that because SVOD was part of a cultural shift for the Americans, research shows that 85 per cent of US homes have SVOD today.

Africa did not evolve into movie streaming in the same manner as the Western markets. There were no companies that served the same role as Blockbuster. Instead, the movie rental business was a popular, largely informal venture practised in small shops and kiosks. And because it wasn’t a well-structured market, piracy was a big problem for moviemakers.

Meanwhile, the internet revolution did not arrive early in Africa. Instead, telecommunications became the first tech wave of the century. So when SVOD became more popular in Western culture, the internet was still a luxury to many Africans.

As Africa’s broadband penetration increased, streaming also gained acceptance in Africa. However, the difference is that while SVOD evolved with Western culture, Africa imported the ‘finished product’. So instead of growing with the concept, the market needs to accept it. It was the culture of downloading movies for free from pirate sites that grew with the market. Now for the market to accept SVOD, the average joe has to recognise it as a better alternative. That means streaming services have to be cheaper, more convenient media for entertainment. Now, the challenge is to make people choose SVOD platforms over the plethora of sites they download movies from.

While the streaming culture has grown significantly in Africa in recent years, it’s pertinent to accept that it can’t grow faster than infrastructure. Many regions still battle with spotty and expensive internet. But SVOD platforms have more to worry about than internet speed.

According to a report by Deloitte, millions of people across the globe, including in Africa, will cancel their paid subscriptions to video-on-demand services in 2022, with churn rates of up to 30 per cent per market.

In April, Netflix lost subscribers for the first time in a decade. Its stock price has also plummeted by over 70 per cent since November last year. The company stated that password sharing was hurting its growth. Meanwhile, users share passwords to save costs. So the company has the tough choice to either continue password sharing and slowly hurt its business or halt it and lose the subscribers who cannot independently afford their services.

This is not the first time streaming service providers have needed to make tough decisions about the African market. In 2020, Iroko TV, which was hyped as the ‘Netflix of Africa,’ left the African market after almost a decade to “focus on higher ARPU (average revenue per user) customers in North America and Western Europe.” In his essay, Jason Njoku, Iroko’s founder, admitted that the international market contributed 80 per cent of the company’s earnings and that the company was burning through plenty of cash to operate in Africa. A few years before Iroko’s exit, it moved its Africa platform away from streaming entirely, shifting to an android file download model.

Njoku’s letter showed that while Africa has attractive numbers in the population, the market was smaller than most people estimate. And rightly, the overestimation of purchasing power among Africans has led to the fall of many startups.

Nevertheless, Africa has a growing young and tech-savvy population. So it’s hard to not look at it as a potential market for digital products and services. So while taking an early bet is riskier, the potential rewards are higher. So allowing the young population to acquaint themselves regardless of their purchasing power is still a valid strategy. Besides, more youths are picking up digital skills and pivoting to tech to increase their earning power. Today, it’s no longer strange to see teenagers and 21-year-olds making strides in these sectors. And that might just be enough to ripen the market for SVODs.