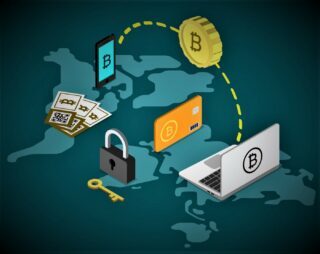 After Russia laid siege on Ukraine in late February, the global financial system experienced a significant shakeup. Apart from affecting markets, it also became a window to show how important technology is in today’s world. For instance, Elon Musk, the world’s richest tech mogul, supplied a lorry full of Starlink dishes to keep Ukraine’s internet alive. Even more fascinating was how Ukraine raised over $47 million in donations from benefactors worldwide using cryptocurrencies. That became a teachable moment on how a permissionless, borderless financial system could benefit the world.

Cryptocurrencies are becoming more popular by the day, especially in emerging markets. Last year, Africa had the fastest cryptocurrency adoption rate despite government restrictions in key markets like Nigeria and Kenya. There are several reasons for this growth, one of them being that cross-border transactions are problematic with the traditional banking system.

According to the World Bank, in 2021, the remittances to the Sub-Saharan region grew by 6.2 per cent to $45 billion. However, Africa has the highest remittance costs globally, averaging around 9 per cent for making a transaction of $200. Matters like this have stirred up debates around the lifespan of banks on the continent. Despite their significant post-covid growth, banks face the task of keeping up with the new waves of fintech and cryptocurrencies.

But even on technology’s end of the tug, there are still challenges fintech has not solved. While Africa’s young population is adopting globally in-demand digital skills, they still face bottlenecks in getting paid for their work. Several global payment gateways do not support African users. They are either too expensive for Africans or completely shut out the African market. Cryptocurrencies, however, are non-discriminatory.

In an interview with Ventures Africa, Gituku Ngene, Senior Adviser for youth employment and innovation at Mercy Corps, explained that cryptocurrencies can fix the cross-border payment bug and reduce unemployment in Africa. “I think there’s a massive opportunity here, to say the least,” said Ngene. “For example, unemployment levels are high, especially among the youth. So we can’t limit them to local opportunities. They need to be able to earn from anywhere in the world. But they also need viable payment channels. It makes no sense for people to pay up to 20-30 per cent as fees to get paid for their work. That’s why we built a platform like Microwork, where people can get paid in cryptocurrency for doing micro jobs online. The fees are much lower with cryptocurrency.”

Meanwhile, crypto adoption in Africa still faces several challenges. In 2021, despite Africa’s swift crypto adoption rate. the continent still had the lowest transaction volumes globally, contributing about two per cent. According to Ngene, there are several factors contributing to this shortfall. “When you start looking at the numbers on a global scale, Africa lags as much as it does in many other sectors. But it’s not a problem specific to crypto,” he said. “It’s the same way internet penetration is increasing, but we’re still behind compared to other regions. A few countries contribute the most to our numbers, like Nigeria, South Africa, Kenya, etc. At the same time, central banks across the continent don’t have a unified stand on cryptocurrencies. Some are banning them, and others seem indifferent. So the fast adoption we’re seeing is very organic and not government-induced. It’s not the same with regions where crypto is discussed at policy-making levels.”

Also, crypto adoption is still at the mercy of finding utility. A survey showed that contrary to the narrative that cryptocurrencies are sought as an alternative to fiat currencies or regulated finance, most adoption is for speculation. Since they are highly volatile, most users are primarily concerned about enriching themselves through them. It’s the same way with NFTs. While they have shown great promise for African creators, there is more speculative activity than driving utility for everyone. “I think there is limited understanding of cryptocurrencies, even among the people using them,” Ngene said. “That’s why there is so much focus on speculation. Most people don’t even see use cases in web3 as a whole. There isn’t enough education about those use cases. That’s what Mercy Corps is aiming at solving. We are exploring different ways we can make people adopt cryptos. Letting people get paid in crypto is just one of them. We’re also testing ways we can use cryptos in giving insurance to smallholder farmers.”

About two decades ago, the ECOWAS proposed the Eco, a single currency for its members. However, its numerous attempts to launch have failed. And because of the quick emergence of technology on the continent, the Eco’s feasibility has come under question. One of the eco’s threats is the emergence of CBDCs in key markets such as Nigeria and Ghana. Other African countries, such as Kenya and Tanzania, are also exploring this option, setting a race for who will win dominate the digital currency space. But according to Ngene, cryptocurrencies still have the upper hand. “CBDCs are built on blockchain technology, just like cryptocurrencies. So no matter how much governments avoid it, launching a CBDC is practically a rubber stamp on cryptocurrencies. Besides, CBDCs still have a long way to go in terms of adoption because they are even younger than cryptocurrencies. It will take at least another decade for CBDCs to become mainstream – if they will at all, and the crypto space would have evolved a lot more by then.”