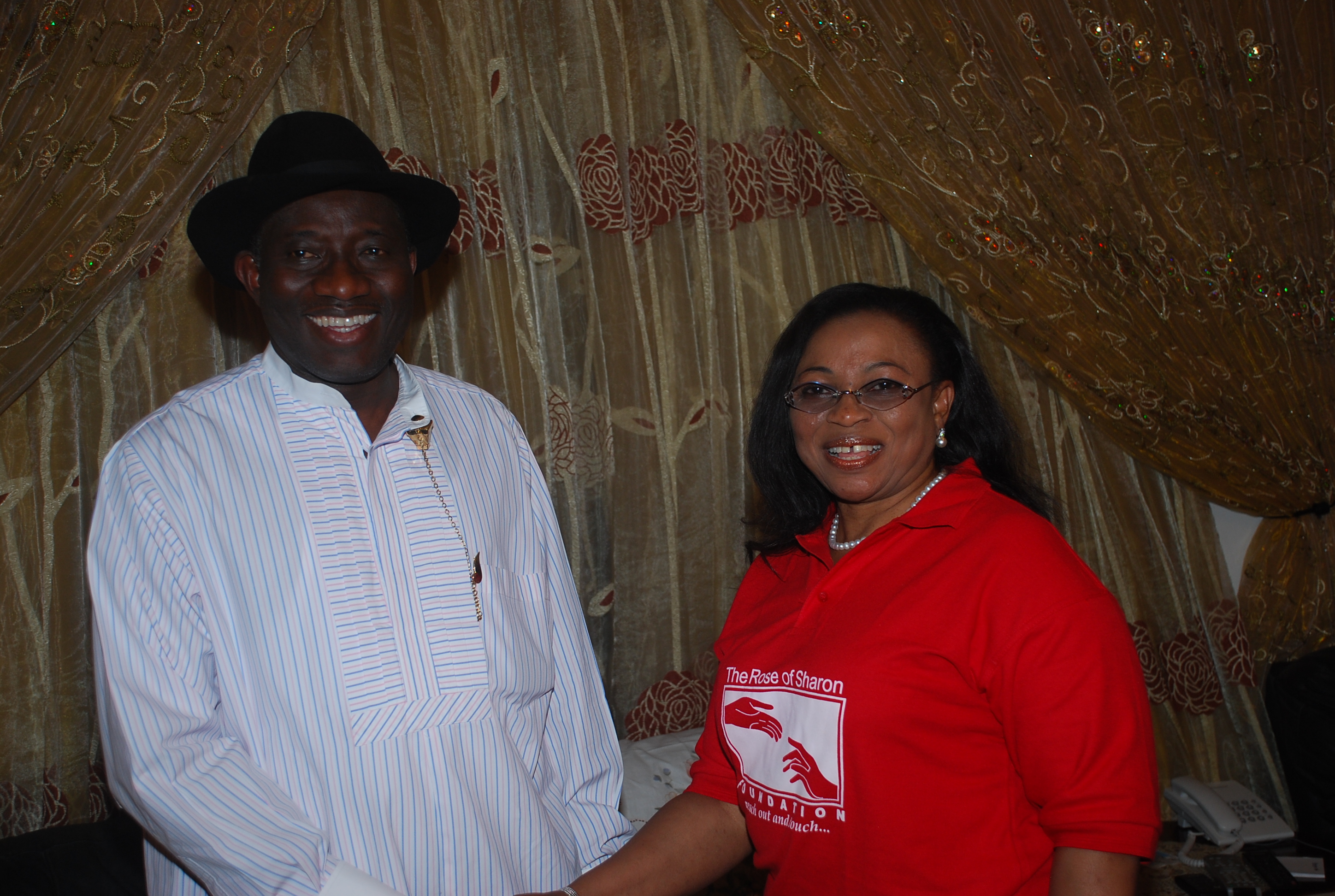 The Richest Black Woman In The World, Folorunsho Alakija

VENTURES AFRICA/Africa’s Secret Millionaires – Move over, Oprah – there is a new richest black woman in the world. And she’s Nigerian.

Meet Folorunsho Alakija, a Nigerian billionaire oil tycoon, Fashion designer and philanthropist who is worth at least $3.3 billion- contrary to a recent Forbes Magazine ranking which pegs her net worth at only $600 million.

Alakija, 61, was born into a wealthy, polygamous Nigerian family. She started out her professional career in the mid 70s as a secretary at the now defunct International Merchant Bank of Nigeria, one of the country’s earliest investment banks. In the early 80s, Alakija quit her job and went on to study Fashion design in England, returning to Nigeria shortly afterwards to start Supreme Stitches, a premium Nigerian fashion label which catered exclusively to upscale clientele.

The business thrived, and Alakija quickly made a tidy fortune selling high-end Nigerian clothing to fashionable wives of military bigwigs and society women.

In May 1993 Alakija applied for an allocation of an Oil Prospecting License (OPL). The license to explore for oil on a 617,000 acre block – (now referred to as OPL 216) was granted to Alakija’s company, Famfa Limited. The block is located approximately 220 miles South East of Lagos and 70 miles offshore Nigeria in the central Niger Delta.

This was in 1993. Many wealthy Nigerian businessmen and military bigwigs who had been allocated oil blocs by the military administration at the time had no clue as to the technicalities in operating an oil block, so many of them typically acquired OPLs, and then flipped them off to international oil companies for substantial profits.

But Alakija was intelligent. She had no expertise or experience in running an oil field, but she decided not to sell off her license. In September 1996, she entered into a joint venture agreement with Star Deep Water Petroleum Limited (a wholly-owned subsidiary of Texaco) and appointed the company as a technical adviser for the exploration of the license, transferring 40 percent of her 100 percent stake to Star Deep. Subsequently, Star Deep sold off 8 percent of its stake in OPL 216 to Petrobas, a Brazilian company. Folorunsho Alakija and her family owned 60 percent.

Folorunsho Alakija and the Nigerian Government

Star Deep Petroleum carried on with exploitation of the oil field. In 2000, the first appraisal well was confirmed to have recoverable reserves in excess of 1 billion barrels of oil equivalent. When this was discovered, the Nigerian government, led by Olusegun Obasanjo immediately ordered that a 40 percent interest in OPL 216 be allocated to the Nigerian National Petroleum Corporation (NNPC) under the Back-in-Right Regulation of 2003 which gives the Nigerian government participatory rights in any OPL or OML. You can read more about this back-in-right regulation in detail here.

This would leave Famfa Oil with a 20 percent stake. This was in 2000, and the government did not pay Famfa a dime for the stake. In 2003, Famfa applied for a conversion from an OPL to an OML, and in 2004 the request was granted. OPL 216 became OML 127.
But the Nigerian government was not content with its 40 percent stake in Famfa. In 2005, the government led by General Olusegun Obasanjo forcefully acquired a further 10 percent stake in OML 127.

The Nigerian government tried to appeal the Supreme’s court decision, but the case has been dismissed- a victory for Famfa Oil which sees the little-known oil company owning a 60 percent in OML 127, which is one of Nigeria’s most prolific oil blocks.

Daily production at OML 127 currently stands at 200,000 barrels per day. When the Nigerian government, through its wholly-owned petroleum company, NNPC, was trying to justify its forceful acquisition of a 50 percent stake in OML 127 at the Supreme court, the Government admitted that if Famfa Oil owned a 60 percent stake in the OML, the company stood to earn $10 million on a daily basis (after taxes and other exploration costs have been settled).  The government’s argument at the Supreme Court can be found through this link, (item number 23).

Comparator: In July 2012, Royal Dutch Shell agreed to sell its 45 percent stake in OML 30 for $850 million to Heritage Oil and Shoreline Energy.

According to Fool.co.uk, OML 30 currently produces 35,000 barrels of oil per day.

Another comparator: In November 2012, French oil group Total announced that it was selling a 20 percent stake in its Nigerian offshore oil field to China’s Sinopec in a $2.5 billion deal. The block in question, OML 138 is a 180,000 bpd facility.

Using the Total-Sinopec deal as the yardstick, we could also value OML 127 at $13.8 billion. In that case, her 60 percent stake would be worth $8.3 billion.

But to be conservative, we prefer to go with the lower valuation of $6.44 billion.

On Debt
Ventures Africa reached out to Famfa Limited to comment, but the company declined to divulge any information regarding any long-term or short-term debt. We have no idea on how much debt (if any, the company has), but even if we take the high side, and subtract 50 percent of the value of her stake for debt, that still gives her 60 percent stake in OML 127 a market value of $3.2 billion, which makes her richer than the $2.7 billion Oprah Winfrey is worth according to Forbes Magazine’s last rankings.

Folorunsho Alakija also has a real estate portfolio worth over $100 million.  Earlier this year, Nigerian and British media announced that Alakija acquired a property at One Hyde Park for $102 million. See media coverage here and here

A source at Famfa Oil who asked for anonymity indeed confirmed that Mrs. Alakija actually acquired the property at One Hyde Park.

Alakija owns a Bombardier Global Express 6000 which she bought earlier this year for a reported $46 million.

Folorunsho Alakija is the founder of the Rose of Sharon foundation, a Christian-based charity which gives out small grants to widows. Find out more here.

Alakija is married to Modupe Alakija and they have four grown-up sons together.  She also has a grandchild from her first son. Modupe Alakija, her husband is the Chairman of Famfa Oil. Her sons run the company.