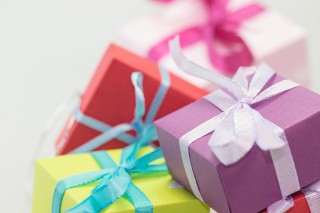 The Nigerian tradition of gift-giving at Christmas

If you have ever received a plate of Jollof rice and chicken from a Nigerian at Christmas, you have experienced the simplest expression of the Nigerian Christmas gifting tradition. Since its inception in 1842, Nigerians, like the rest of the world, have created and adopted some traditions around Christmas. One of which is gift-giving.

For many Nigerians, Christmas is also about spending time with family, cooking, visiting friends, and engaging in other holiday traditions. Nigerians across all generations agree that the holiday is about expressing love, and one way to do so is through giving. “It’s the one time of year where people, not only want to, but feel obligated to spend time together and show love in different forms,” says Brookes Etiyene, a 22-year-old grad student.

Traditionally, gift-giving is a big part of Christmas. It is a symbol of the gifts Jesus received from the three wise men. For Nerd, a digital entrepreneur, gift-giving is biblical, and because Christmas is a Christian holiday, it is automatically a part of Christmas. Gift giving is generally motivated by a desire to express gratitude, which is common at the end of the year. “I think it’s an end-of-the-year kind of thing,” says Daniel Adaadja, a radio presenter and voice-over artist. “People use the opportunity to give gifts as a show of appreciation because Christmas falls at the end of the calendar.” Businesses and organizations use the holiday as an opportunity to express gratitude to customers and clients by giving gifts. For this reason, many Nigerians are excited about this time of the year.

But gift-giving in Nigeria can be unorthodox compared to other countries. It can also be conventional. Food and food items are the most popular Christmas gifts for the average Nigerian. Nigerian families share their food with their neighbours and friends. Churches, companies, government agencies, and charity organisations distribute food and food items. These items could include staple foodstuff like rice, beverages, condiments, livestock, meat, wine, etcetera. For many, it’s about meeting the basic needs of Nigerians. For others, it’s simply a tradition they met.

For the older generation, Christmas gifting meant a lot of food, party invitations, and new clothes. However, buying actual gift items was not a part of it. “Christmas dash” was the closest thing they got to gifting. This is where children donned their new clothes, visited neighbours and other family members, and received money as gifts from these people. Florence Osaze, a typist, recounts how she and her siblings would dress up and walk around the neighbourhood for “Christmas dash”. “We would walk around in our new clothes, going from house to house. People would give us one kobo or “cici”, which is six kobo,” she said. Material gifts were given little thought, she claimed. If it wasn’t “Christmas dash,” it was food.

The evolved way of gifting

Although food gifts are always welcomed by Nigerians, millennials and Gen Zs are beginning to view gifting a little differently. For them, gifting is more than just meeting general needs. It now involves thought and sentimental value. According to Visbi Ann, who has been in the gifting business for five years, “every year, Nigerians’ knowledge of gifting increases. The quality of gifts has improved, and there are more gift ideas.

According to Daniel, “Many young people now see some traditions as unnecessary.” But another way young Nigerians have evolved the gifting tradition is by being more involved and strategic in their work environment. Decorated mugs, calendars, coffee makers, diaries, etcetera. are given as a form of appreciation. Employers award employees, companies send gifts to companies, and companies send gifts to customers. Secret Santa is another fun way of gifting; members of a group of friends, family, or co-workers pick random names for a gift exchange. Visbi said companies are some of her biggest customers. “They want to give gifts to their employees and clients.”

For the new generation, gifting is more than meeting the needs of people; it transcends to meeting their wants. It’s common to send Christmas cards. Gift cards and money towers are now common as well. Nerd, the digital entrepreneur, said gifting is now more personal, “I’ve received pyjamas, fruit baskets and boxes of chocolates. These are things I had mentioned or things my friends know I love”.

However, some new gifting traditions are rooted in the old. For example, the “Christmas dash” still exists, but not as it used to be. Now, people barely let their children go from house to house, except in the rural areas. Parents do not even succumb to it because of fear and insecurity. According to Florence, “now we do not let children walk around to collect dash, it is not safe. If you want to give a child money, you do so when you visit the home.”

Christmas dash has also evolved to credit alerts, money cakes, money towers, and cryptocurrency. Most people now prefer monetary gifts to material things. Brookes shared how she would pick money or a cryptocurrency over a material gift. “I will not reject a bag, but if I were to choose, I’d choose money,” she said. She also added that it is typical for the new generation to choose money, “after all, it is in our generation that money cakes were invented.”

Also, the internet plays a part in the current gifting culture. In addition to making gifting easier, Christmas-themed pop-up ads can entice and motivate people to give gifts.

The business of gifting

During this time of year, supermarkets and gift shop owners often curate (overpriced) hampers. Even traditional markets are in on the fun. Hamper gift baskets are a popular gift among Nigerians. “There is a lot of gift wrapping, gift basket curating, even fruit baskets. People always want hampers,” Visbi said. These hampers usually comprise beverages, toiletries, snacks, and other food items. For some, giving and receiving hampers is a Christmas tradition in and of itself. During this holiday, souvenirs and food vendors usually see a surge in sales.

Gifting this holiday will be no different. However, given the current level of inflation, people may get fewer gifts. Bags of rice may become buckets of rice, hampers may contain fewer items for twice the price, and money towers may not be as high as they used to. According to Ann, “the pandemic affected sales last year. It comes with the territory. But generally, we have increased sales every Christmas period. We expect this year to be the same.”