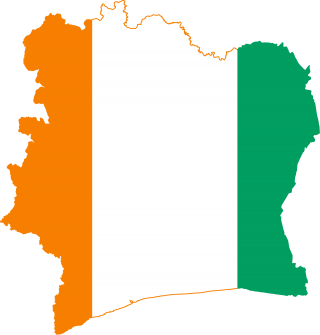 As 2016 is drawing to an end, Cote d’Ivoire will be facing various electoral hurdles and will be making decisions that will shape the future and political landscape of the country for years to come.

Since President Ouattara came into power in 2011, he has never hidden his desire to modify the constitution in order to remove the articles in it that led to the political and military crisis in Cote d’Ivoire. One of such articles is Article 35 which defines the eligibility criteria for presidential candidates. The article says that each candidate must be an Ivorian citizen, born of an Ivorian mother and father, who must be full citizens themselves. The ‘AND’ in the article is the main talking point as Cote d’Ivoire is a country full of immigrants from neighbouring countries such as Guinea, Burkina Faso, and Mali. The ‘AND’ also excludes a large part of the country’s northern population, many of whom, while Ivorian-born, their parents immigrated before and after the elections. Therefore, these people did not have the same rights as the full citizens. This is what led to the rebellion and political crisis the country underwent from 2002 until 2011 according to the rebel leaders.

The new article, which should be article 55 of the new constitution, now states that “the candidate to the presidential election must be exclusively Ivorian, from a mother OR a father of Ivorian origin.”

Another key element of the new constitution is the creation of the office of Vice President. While there will still be a Prime Minister who will oversee government affairs, the Vice-President will represent the President in his absence. While it is not clear who the Vice President will be, there are rumors in the press that President Ouattara favours M. Amadou Gon Coulibaly, who is the current Secretary General and an ally of the President and a leading figure in his (President Ouattara’s) political party Rassemblement des Républicains (RDR). Some other rumors say that the position could also go to a member of Parti Démocratique de Côte d’Ivoire (PDCI).

Other significant elements added in this new constitution include a removal of the voting age limit, the age reduction from 40 to 35 for presidential candidates, and the creation of a Senate which will be the second legislative chamber while the Parliament will remain the main one.

After this important referendum on the new constitution, in November, the country will also have legislative elections in order to elects new members of parliament. As no major opposition party participated in the 2011 legislative elections, it will, therefore, be interesting to see the results of this election especially considering the fact that Front Populaire Ivoirien (FPI), the main opposition party, should be back in the game. Even if Rally of Houphouëtists for Democracy and Peace (RHDP), the coalition currently in power formed by RDR and PDCI, should win the majority of the seats, this election will be a test to for each party with the 2020 presidential elections on the horizon.

One thing that remains uncertain is whether or not the coalition in power will create the unified party it has been talking about for a long time before or after these elections. The reason why the question of the unified party is crucial is because, in the short term, if the unified party is created before the legislative elections, some candidates from each party will be sacrificed in its bid for similar seats in the parliament. This may create frustrations in both parties, but if they present their candidates differently, they can avoid those frustrations.

In the long run, the question of the unified party is even more crucial than it was before the 2015 presidential elections. At that time, President Bedie announced that PDCI would support its ally, President Ouattara and RDR for the elections and that in 2020, in return, RDR will support the candidacy of a PDCI member. But if there is a unified party, will this agreement still stand or some members from RDR will feel that it was only applicable when there were two distinct parties and that now, every member of the unified party should have a chance to run in 2020?

The elections are still four years away but the cloud that is these questions will continue hanging above the country until they are answered. It will be the most open presidential election since Cote d’Ivoire’s independence and so it is drawing a lot of attention. In fact, it will be the first one where Presidents Bedie, Ouattara, and Gbagbo which are 3 of the last 4 presidents and the leaders of the three main political parties for the past 25 years will not run, and many politicians from their respective parties have been waiting for their turn and feel that 2020 will be the perfect time to present themselves.

The following months in Cote d’Ivoire will, therefore, be crucial as the economy could experience a slowdown coming from an uncertainty from local and foreign investors on how the events will turn out in the end, and especially from the upcoming 2020 elections.