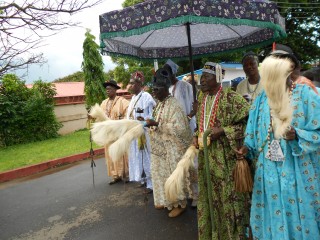 The new Moremi statue may be controversial, but it makes a case for African Renaissance

Queen Moremi, according to Ife folklore, saved the ancient Yoruba town of Ile-Ife from raiders. It is said that Moremi allowed herself to be captured by the raiders so she could learn their secrets. History says these raiders usually came covered in palm fronds, to give them an ominous presence and some sense of invincibility. After Moremi learned about this secret in captivity, she escaped and returned to Ile-Ife, where she told her people that fire was the bane of the raiders, hence the peculiar torch-holding in all her statues. Late last month, the Ooni of Ife decided to pay homage to one of his ancestors.

Standing at 45 feet and the third tallest statue in Africa, Moremi’s statue of liberty was unveiled by the Ooni Adeola last week. The statue was erected locally by “about 200 youths and all the materials used were sourced locally from the 774 local government areas in Nigeria,” according to the king’s Director of Media. The new Ooni of Ife has made some refreshing changes since he became King of Ile-Ife, the cradle of the Yoruba people of West Africa. His newest change is literally a head-turner. Erecting a statue for Moremi, who is one of the King’s ancestors, was probably nothing new. There are so many smaller statues of her scattered around Ile-Ife. The title “Moremi’s statue of Liberty” is the controversy. 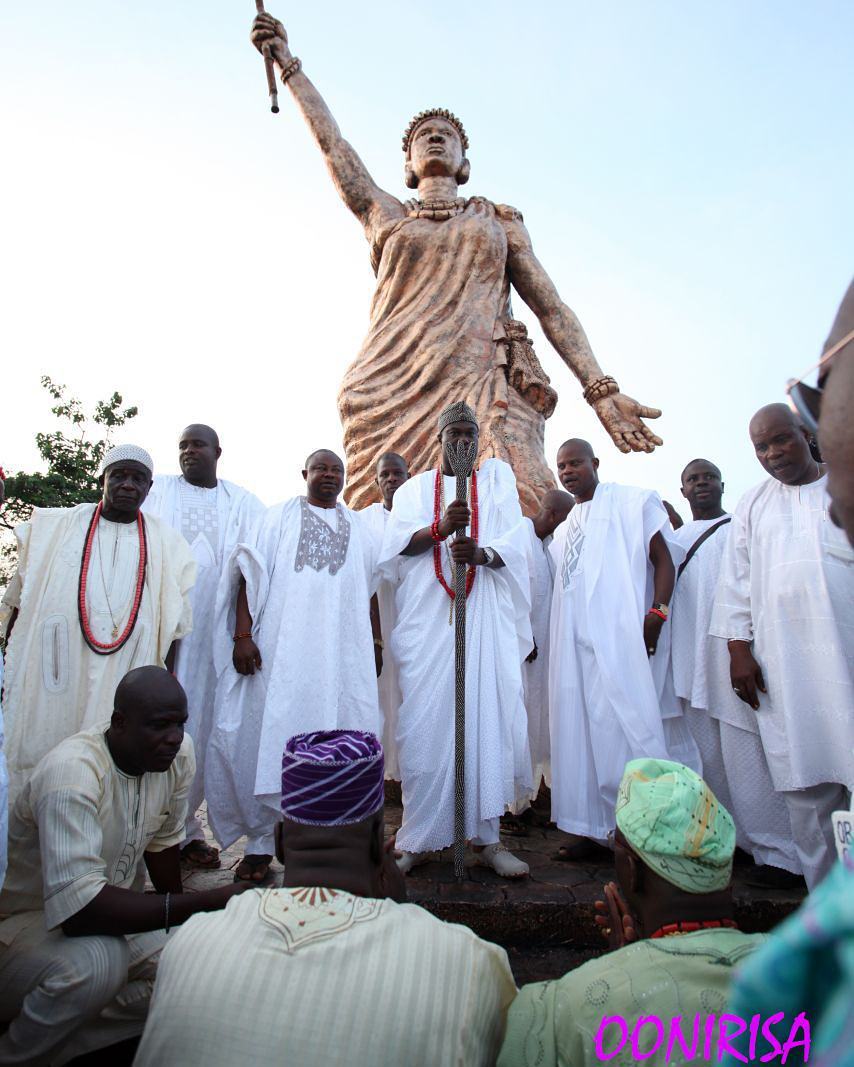 Critics, mostly on Social media, have questioned whether the King wasn’t essentially creating a duplicate of the Statue of liberty in New York.

@d_problemsolver who is this moremi?

@d_problemsolver but why can’t we be original?

For every Yoruba growing up in the Southwest of Nigeria, stories of Moremi Ajasoro, Goddess Osun, Iyalode Efunsetan Aniwura, etc., were early indoctrination that women are so much more than what is exhibited by modern patriarchal society, that Nigeria and Africa has its own heroines, many of them, and that feminism is much engendered in African history contrary to popular opinion. That the King chose to erect a monument of one of his female ancestors meant that concept of liberty meant much to him. Ooni of Ife is a custodian of Yoruba culture, and hence, has a responsibility to uphold it.

The problem with the backlash seems to stem from the fact that Africans don’t celebrate African culture enough. The lack of postcolonial emphasis on Africa’s rich history and culture before the white man’s arrival and “whitewashing” has bred a generation disconnected from African art forms. Any revisit of history is usually tied to the West; it’s as if people think Africa didn’t have a history before the West. Most know more about Roman and Greek mythology than, say, Yoruba mythology, or Igbo mythology.

There needs to be major discussions on why Africans need to start defining for themselves “who they are and who they should be.” Clearly, everyone one has an archetype for what liberty is to them. To the Ooni, Moremi represents that. Moremi’s statue of Liberty isn’t a copycat, its African renaissance.