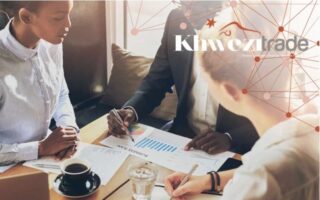 In 2013, South Africans dedicated to providing transparent and competitive Forex trading established Khwezi Trade. To provide over-the-counter derivatives, Khwezi has been granted an FAIS Category 1 and Category 2 licence under the number 44816 by the Financial Sector Conduct Authority (FSCA).

As such, South African traders can enjoy a secure trading environment with some of the tightest spreads on the markets. Here, we take a closer look at the new Khwezi Trade USD One account.

An overview of the Khwezi trade’s USD One Account

With the USD One Account, you can trade in an offshore currency with the peace of mind that your money is safe in a separate account at a local bank.

The exchange rates that Khwezi uses are competitive with those of major banks, and deposits can be made in ZAR and funds provided in USD.

Creating an account with Khwezi Trade doesn’t cost anything. Upon completing the account funding process, the spread will be the primary cost for trading. There are zero transaction costs for making a deposit or withdrawal.

The Khwezi Trade USD One Account provides the following conditions:

The benefits of trading in USD

The U.S. dollar is, without a shadow of a doubt, the most significant and strategically traded currency on the foreign exchange market.

Among currency pairs, those involving the US dollar make up more than 85 per cent of the total amount traded on the massive foreign exchange market. The International Monetary Fund claims the U.S. dollar is the most widely used currency.

As of the end of the first quarter of 2019, it accounts for more than 60% of all the foreign exchange reserves held by the world’s central banks. Although it doesn’t have a formal title as such, it has become the de facto world currency because of this.

The dollar’s strength stems from the relatively robust state of the American economy. This is what gives the US dollar its strength and prestige. By the end of the year 2020, there was a total of $2.04 trillion in U.S. currency in circulation.

Half or more of that amount is believed to be in foreign circulation, primarily in the countries of the former Soviet Union and Latin America. They are widely accepted as legal currency for everyday transactions.

Prospective traders who wish to test out the trading features and conditions of the Khwezi Trade USD One Account can start by opening a free demo account. The demo version is based on MT5, the same platform used by real traders.

You can try out different trading methods with the demo accounts without any live market risks.

The MT5 platform and your personal MyKhwezi Portal login information will be emailed to you after you submit your application. By default, you’ll have a $100,000 balance in virtual funds and 100:1 leverage.