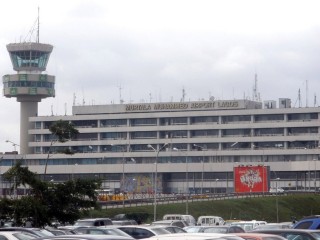 Aviation in Nigeria: The transformation that Nigerian airports need

According to Mr. Allen Onyema, the Chairman of Air Peace, domestic airline operators are currently struggling with a variety of challenges and need the government’s assistance. He attributed their struggle to an unconducive business environment, customs import duties on aircraft spare parts, absence of tax holidays for carriers and a generally high cost of operations. These factors dampen private airline investments, and culminate in difficulty for the airlines to provide employment to boost the Nigerian economy.

Yesterday, September 7, the Nigerian Aviation Handling Company (NAHCO) announced its deployment of N1.5 billion worth of equipment to enhance operations of airports across Nigeria. Ahmed Bashir Gulma, NAHCO Head of Corporate Services, signed the statement, and equipment has already started to arrive into the country.

Gulma noted that the ground support equipment (GSE), which aims to satisfy domestic and international clients is state-of-the-art. The GSE include aircraft passenger steps, self-propelled pallet transporter, pallet transporters, belt loaders, among other such airport necessities found in the best ones globally.

This past December, the Minister of Aviation, Mr. Osita Chidoka, carried out an inspection of the Nigerian airports. His reports revealed that, even though airports like Murtala Muhammed Airport (MMA2) in Lagos can receive some commendation, the airports were performing abysmally, living in the denial of a progress that only the Federal Airports Authority of Nigeria (FAAN) created.

Several elements make an airport world class, and Nigerian airports need more than equipment to earn that label. According to another Best and Worst Airports survey reported by The Guide to Sleeping in Airports, Nigeria’s Port Harcourt International, Abuja Nnamdi Azikiwe International, and Murtala Muhammed Airports are the 6th, 7th, and 10th worst in Africa.

As Mr. Onyema pointed out, the Nigerian Customs and Immigration present a factor holding the airports back. A lack of modernised equipment is another. Other factors include airport infrastructure, airport staff service, airport hygiene (dirty terminals, bathrooms…), and airport security.

Minister of Aviation, Osita Chidoka, further disclosed that the government has immediate plans to focus on improving the two most patronised Nigerian airports in Lagos and Abuja. This plan is aimed at earning a certification from the International Civil Aviation Organisation (ICAO) for 2015. The certification, however, would only be a starting point for the kind of transformation that Nigerian airports need.