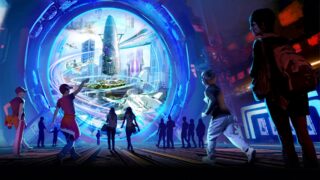 The metaverse isn’t all advantageous. Here are some of its drawbacks

At the moment, one of the biggest lexicons in tech is metaverse – the proposed internet of the future. It is a combination of “meta” (meaning beyond) and “universe”, which refers to digital spaces that portray actuality through the use of virtual reality (VR) or augmented reality (AR). In other words, it is the aggregation of existing technologies that have received massive adoption in recent years. It’s bringing together Augmented Reality, Virtual Reality, cryptocurrencies, NFTs, and social media into one place.

Although still in its infancy, there is so much buzz around this new advent. Facebook rebranded to Meta – a new name to focus on building the metaverse. Other tech giants such as Microsoft, Samsung, Amazon, and Tencent, among others, have been developing software and hardware to aid in the rebirth of the mobile internet. MTN, a leading telecommunication company in Africa, has acquired 144 plots of digital land, making it the first African company to enter the metaverse. Although the telecommunication giant reportedly acquired these plots for an undisclosed amount of money, it must have cost the company a fortune. For example, a Decentraland plot sold for $900,000 million in 2021. Why would such whooping amounts be expended on virtual land? It is simply the next wave of the internet revolution, and as such, the prospect is huge. Bloomberg says the metaverse market may reach $800 billion worth by 2024.

As a publication, we, too, have caught the bug and have written about what your business will look like in the metaverse, how African artists are using NFTs to put Africa’s story on the metaverse. We have also questioned if Nigeria and Africa would be ready for this next wave of internet revolution? It is unclear how activities in the metaverse will unfold or when we will enter this new era of the internet. But we’ve been assured that it holds immense advantages. People have often talked about how the metaverse is poised to establish new business and investment opportunities, improve digital learning and education, create jobs, improve social interactions and user experience, etc.

However, it is crucial to note that there are downsides to this revolution. This digital world where we will transfer more and more of our daily lives is vulnerable to existing technological downsides and will pose new pitfalls. Last year, Nina Jane Patel was sexually harassed on Meta’s (Facebook) VR platform. She got groped by a stranger during a beta testing experience on Horizon Worlds. She is not the only one with a virtual sexual harassment testimony. A gamer, Jordan Belamire, wrote an open letter on Medium describing being groped in Quivr, a game in which players, equipped with bows and arrows, shoot zombies. Sexual harassment in the real world has been a source of concern for as long as human history has existed. And the advent and use of technology-metaverse will further amplify it.

The metaverse is immersive. This means a person in the space is surrounded by images, sound, or other stimuli that provide a spellbound environment. This makes the person more enveloped in whatever activity they are into, shutting out the real world. This is a threat to physical socialisation, which is the bedrock of humanity. The metaverse aims to bring people from diverse backgrounds so close together. By so doing, we will lose the beauty of cultural diversity we enjoy in the present world. We have seen the adverse effect of technology and civilization on a language like Yoruba that is currently struggling in the tide of relevance. Since these disruptive technologies are modelled with little or no consideration for local cultures, antecedent generations that ought to champion cultural continuity would likely neglect their salient essence. As people spend most of their time in the metaverse, they will feel less connected to their immediate community. Hence, embracing their local or regional culture becomes less of a priority.

As we have seen with the adoption of mobile phones, the problem of addiction is almost an inevitable challenge. No invention in human history has affected us as much as a smartphone. Interestingly, this may change with the metaverse. There are chances VR headsets will be the new smartphone. With a break from reality, immersion into a virtual world will exacerbate addiction. Kids and teenagers are the most at risk, and experts have warned that people under the age of eighteen should not spend more than an hour on the metaverse due to the risk of addiction and loss of cognitive skills.

Furthermore, there is the issue of privacy and security that has always been a concern on the internet. Many people are unaware of how their personal information is being used. Many tech companies have faced indictment for breaching users’ privacy. Alexa has been faulted for listening in on our most intimate conversations, recording our patterns, gathering information, and using them to improve their products. Google and Amazon have both been accused of monitoring our daily activities. The situation might not be different when the metaverse becomes globally functional. Interestingly, Meta (Facebook), whose name change made the word ‘metaverse’ more prominent, is one of the vanguards leading the globe towards the internet of the future. And one of the sole reasons for the social networking giant’s change of name is its antitrust battle with the governments of many countries.

As we all know, technology in itself isn’t bad. The awful thing is the abuse of technology that comes in various forms. These downsides can be avoided if we do not let their use becloud our sense of reasoning or thought.