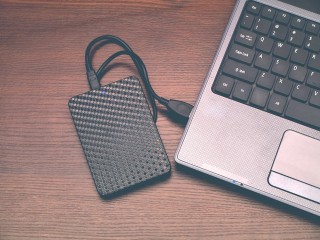 The menace of intellectual property theft in Nigeria

Against the run of play: How an incumbent President was defeated in Nigeria, a book about the presidency of Nigeria’s former president, Goodluck Jonathan, has been making waves since its release last week. Reactions on social media and beyond have largely been positive, and those who were yet to get their hands on the book were eager to do so, even if it meant obtaining it through dubious means.

Illegal copies of the book made their way online and on WhatsApp, prompting the book’s publisher, Farafina, and its author Olusegun Adeniyi to make emphatic pleas to Nigerians on Twitter to legally purchase the book, with the former citing online and physical bookstores where it is available and posting their bank account details for errant readers to make amends and pay up.

But judging from the general unwillingness of Nigerians to pay for creative work or even recognise it as legitimate work, and the fact that stealing intellectual property hasn’t yet registered as a crime in the minds of many, it’s hard to say their entreaties led to any change of heart.

Intellectual property theft and copyrights infringement are two demons that continue to torment Nigerian creatives and demean their craft. It’s not strange to find hawkers on the street, casually and unabashedly, peddling pirated movies or photocopied books or for radio stations to play illegally downloaded music from the internet. Once, when I asked a producer at a radio station if they paid royalties to Nigerian musicians, he scoffed reasoning that radio stations were offering them free airplay and publicity.

And for a country seeking to wean itself off crude oil, its major export and largest source of revenue, and discover new sources of revenue, more should be done to protect the nascent (and struggling) publishing industry from digital piracy.

With little assistance from the government, some writers and publishers have resigned themselves to the inevitability of intellectual property theft, choosing instead to work with pirates, according to Nigerian writer Abubakar A. Ibrahim. “Some [publishers] have seriously considered working with these pirate, who have an incredible distribution network, to get books to readers. The fact that this option has been considered and discussed is a testament to the fact that authorities have failed to deal with this criminality and that publishers are increasingly desperate to find solutions,” he wrote in an email to me.

Lola Shoneyin, a Nigerian novelist and founder of the publishing company, Ouida Books, decried the public’s casual attitude towards intellectual property theft, calling it a “painful devaluation of a writer’s work.”

“Consumers have a strange sense of entitlement when it comes to creative work and sadly, creative writers are at the bottom of the food chain. Unlike musicians and filmmakers, they don’t enjoy huge concerts and public film screenings in cinemas which introduce alternative means of earning income. Yet, there are book clubs who pass around pdfs of books and, in doing so, disregard the hours and the commitment that goes into creating the work itself.” She added, “This illegal sharing of intellectual property means that writers don’t amass the royalties they are entitled to, which at the very least incentivises them to keep being productive. Their earnings disappear into a very deep, dark hole.”

But it’s not all dark and gloomy.

Following the illegal downloading of Adeniyi’s book, Nigerians on Twitter urged consumers to legally purchase it; a move that inadvertently raised the topic of intellectual property theft to the fore. What’s more, private stakeholders in the Nigerian music industry, like Mixtape Factory and TECHNO mobile’s Boomplay Music, are fighting piracy and ensuring artists are compensated fairly for their work by making music affordable and accessible online and in physical stores.

Hopefully, and before long, Nigerians will value the time and effort creatives invest in their craft by paying for it, otherwise, as Adeniyi stated in his public note, “the whole society loses.”