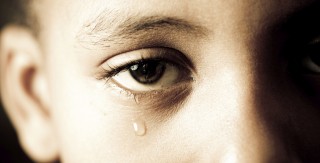 Found guilty by Judge Mokhine Mosopa, Nicholas Ninow was recently handed a life sentence by the North Gauteng High Court for the rape of a seven-year-old girl in Pretoria, South Africa last year.

During sentencing, Judge Mosopa said that gender-based violence against children is an epidemic in South Africa, adding that Ninow’s particulars will be included in the sexual offenders’ list.

The convicted rapist also received a five-year sentence for possession of drugs and five more for defeating the ends of justice. Previously, Ninow blamed his actions on impulse and drugs when he took the stand in mitigation of sentence. The two five-year terms will run concurrently.

In line with the judge’s claim, the Ninow case is just one of the many cases of rape in South Africa, a country that has some of the highest incidences of child and infant rape in the world.

In 2001, the South African Police Service reported that children were the victims of 41  percent of all rapes reported in the country. The Tears Foundation and the MRC stated 50 percent of South Africa’s children will be abused before the age of 18.

The largest increase in attacks is against children under seven while a trade union report said that a child is being raped in South Africa every three minutes.

The danger of rape and sexual assault is compounded by the prevalence of HIV/AIDS in South African townships. A woman being raped over the age of 25 has a one in four chance that her attacker is HIV positive and more women than men are affected by the disease.

Perpetrators of rape in South Africa tend to be men known to the victim. It is reported that a husband or boyfriend kills a woman every six hours in South Africa. Many men and women say that rape cannot occur in relationships; however, one in four women reported having been abused by an intimate partner.

A significant contributing factor to the escalation in child abuse is the widespread myth in HIV ravaged South Africa that having sex with a virgin will cure a man of AIDS. This virgin cleansing myth exists in Zambia, Zimbabwe, and Nigeria.

South African government reports that one of these reasons is the culture of patriarchy in the country. Its report states that patriarchy is firmly rooted in Black culture and fighting it is seen as attempting to destroy South African tradition or South African ideals.

In September 2019, President Ramaphosa responded to a surge in violence against women by calling for the passage of laws making rape punishable by death and called an emergency session of the South African Parliament.

Going forward, an improvement in the quality and type of statistics collected by the police will help curb sexual violence in the country. Doing so would provide insight into who has access to the criminal justice system. It will also enable comprehensive reporting on all forms of sexual violence.

Well-designed community-based surveys need to become a regular effort to address sexual violence in South Africa. Also, given data suggest that the majority of men who rape do so more than once, it is imperative that barriers to reporting be reduced.

This needs to go hand-in-hand with strengthening the criminal justice system’s response to rape, both to provide victims with justice and to detain men likely to commit further rapes if left unchecked.

With sexism being as entrenched as it is, programs need to be carefully scrutinized for endorsing campaigns based on women’s vulnerability and need for protection.

Addressing sexual and domestic violence is of mutual benefit to both forms of abuse. More generally, reducing the attractions of drugs and gangs would also help.

It is necessary to alter the social conditions that facilitate the neglect and abuse of children. This includes ensuring the widespread availability of quality services and other forms of assistance to children and their caregivers.