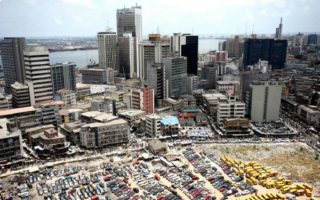 The latest clampdown on tax evaders in Nigeria explained

The Nigerian government regulatory agency for collection of tax and revenue, Federal Inland Revenue Service (FIRS) has announced a clampdown on billionaires in the country who evade tax. The agency’s Executive Chairman, Mr Tunde Fowler made this known to reporters during a stakeholders meeting at the country’s commercial capital, Lagos last week.

During the meeting, Mr Fowler said the agency will beam its searchlight on tax evaders in the coming weeks, particularly Nigerian billionaires. The agency will be working with commercial banks and stakeholders in the industry to nab defaulters, a move that has generated mixed reactions and a general panic in the business circle.

“Gone are the time or days we ask what has government done for me.  We should ask what are doing for ourselves and the nation first. We should obey the law, pay our taxes, empower our governments at various levels then sit back and see the end results.” Mr Fowler said while giving his speech. “If we see the amount of the budget that has gone into capital under this present government, but not only gone into the government but being expensed, it is at least three times more when the revenues were even higher,” he added.

Fast forward to 2018, and more than 19 firms in Lagos, Rivers and Delta state were sealed over tax debts in April. This was followed by a more aggressive clampdown on companies with accrued debt. Last month more than 8 companies in Lagos, Abuja, and Edo states were locked up when the enforcement team of the FIRS visited their offices.

So far it appears the agency’s current administration is dedicated to winning the war against tax evaders. In fact, the FIRS Chairman has vowed to track down any billionaires earning huge cash without paying tax.

Tax evasion is a major issue in Africa’s most populous nation as many citizens blame their non-payment of tax on mismanagement of public funds by government officials. The reflection of this evasive attitude is obvious in the number of taxpayers in the country. Of the country’s workforce both in the private and public industry, only 14 million Nigerians pay tax while there is still over 28 billion Naira unremitted tax.

Currently, a total of 6,772 people who reportedly earn billions of Naira will have their “accounts frozen or put under substitution” until they provide evidence of tax payment to the agency.“…they refused to come forward in 2016, they refused to come forward under VAT and are still operating here. So, we are putting them under notice that it is their civic responsibility to pay tax and to file returns on these accounts,” Mr Fowler concluded.