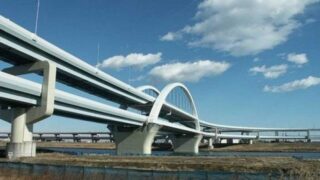 The fourth mainland bridge: A vehicle of economic opportunities

Bridges are monuments that often have a significant impact on their environment. The iconic Brooklyn Bridge was built in 1883 to connect the independent cities of New York and Brooklyn. As a result, the latter metamorphosed from a distant backwater into a thriving borough of New York City.

When the bridge opened, Brooklyn’s population stood at 580,000. In 15 years, its population had grown to over a million. Brooklyn residents working in Manhattan can easily commute to work. As a result, funds earned in Manhattan are used to develop Brooklyn. Also, new businesses sprouted up to serve Brooklyn’s growing population. Today, the Brooklyn Bridge remains a big driver of economic activity.

In Nigeria, the Lagos state government is about to begin the construction of the Fourth Mainland bridge. This bridge will connect the state’s two distinct areas -the Island and the Mainland. The initiative, which got its first mention at Senator Bola Ahmed Tinubu’s gubernatorial re-election campaign in 2003, is expected to kick off in December 2021.

The 38-kilometre long bridge will connect Lagos Island through Lekki, Langbasa, and Baiyeku towns and across Lagos Lagoon to Itamaga in Ikorodu. On completion, the $2.5 billion bridge is expected to become the second-longest bridge in Africa, featuring three toll plazas, nine interchanges, 4.5 km Lagoon Bridge, an eco-friendly environment, and other added features.

Six concessionaires, including international firms from Portugal, Turkey, and the well-known Julius Berger, have been shortlisted for the bridge’s construction under a 40-year Build, Operate, and Transfer (BOT) concession contract.

Once this project kicks off, the clock of its impact begins to tick. The impact would be diverse and affect generations to come, hence the need for the state government to ensure that the project is executed to a global standard. The most obvious of these impacts is the easy mobility of humans and goods across the state. Speaking on the proposed construction of the bridge, the governor of the state, Jide Sanwo-Olu stated, “The construction of the 37km 4th Mainland Bridge will significantly change the face of transportation and movement in Lagos State.”

Lagos is the smallest state in Nigeria, yet, it has the highest urban population. The state is home to about 24.6 million inhabitants as of 2015 representing over 10 per cent of the country’s total population. A report by a Lagos-based research institute, Danne Institute for Research, indicates the cost of traffic congestion to individuals is N133,978.68 per annum for privately owned vehicles and N79,039.40 each year for those who use public transport. In all, Lagos State may be losing as much as N4 trillion annually and 14.2m hours daily to traffic congestion.

An average of six million commuters transits from the Lagos mainland to Lagos Island daily. The proposed bridge would serve as an alternative route for them from Lekki to Ikorodu, Ikeja to Ajah, relieving the 3rd Mainland bridge of its usual gridlock. Both the state and its dwellers would experience growth with his ease.

The billion-dollar project is also attracting property investors and private developers. As a result, properties in the axis where the bridge will be situated are leaping in value. A plot of land which sold for about N800,000 in an area like ltamagba now sells for as high as N8 million, and a four-bedroom flat is being sold for N40 Million. Commercial land offerings in Abraham Adesanya in the Ajah axis are also at a high rate. Businesses will begin to spring up to meet the needs of these developing areas in the form of malls, banks, filling stations, and hotels.

Although the concessionaires are all international companies, many Nigerians will work on the project as contractors, engineers, supervisors, and maintenance workers. All these will bring profit to employed citizens and provide both direct and indirect jobs to unemployed citizens.

Lagos state remains a top investment destination for most foreign and domestic investors. The reason is the rich human resource in the state and opportunities that abound there. The island region of the state lodges the headquarters of many indigenous and multinational corporations and banks. The state may soon have its ‘Silicon Island’, a variant of California’s Silicon Valley.

On the flip side, some challenges may arise post completion of the project if measures are not taken to avert it. It could be argued that people would migrate from the island to the mainland, but the likelihood is that the former would welcome a large number of people. To the average Lagosian, the island is a haven of limitless opportunities, and its residents are perceived to be at the top of the social ladder. Many people aspire to climb that ladder.

Because water occupies the majority of this region and land is scarce, the result is a lack of habitation space. Property developers will compete fiercely for available land. When there is a high demand but a limited supply, prices rise. Property and accommodation prices in the Ikorodu region of the mainland will skyrocket because it would be a mandatory option for people with limited purchasing power. This is good business for property developers/investors but bad for customers.

The influx of people onto the island translates into more human activities that may contribute to climate change. According to the World Economic Forum, Lagos is one of 11 cities that could be underwater by 2100. The part of Lagos most vulnerable to sinking is the island. Lagos sea level is constantly rising as a result of global warming. The obvious effect of this is the frequent flooding that makes newspaper headlines after each rainfall. The poor drainage network on the road and in the streets exacerbates the constant flooding. However, with concerted effort, proper planning, and policy implementation, the magnificence of the Fourth Mainland bridge could create a win-win situation.