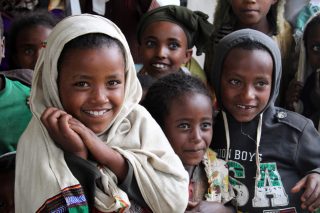 On Tuesday, January 9, 2018, the Ethiopian parliament approved legislation banning international child adoption. Ethiopia is one of several popular destinations for individuals or families seeking to adopt kids with notable people like Mary-Louise Parker, Angelina Jolie, and Connie Britton, having adopted children from the country.

This decision is long overdue as the Ethiopian government deliberated on the issue for years particularly after the death of an Ethiopian teenager in 2013. 13-year-old Hana Williams was physically abused, starved and locked out to die in the cold. Her equally adopted 10-year-old brother at the time, also from Ethiopia, was found to have been maltreated by their parents.

The decision is also predicated on a “widespread case of identity crisis that children adopted by foreigners often face based on the premise that foreign families cannot offer relatable family experiences and environment to Ethiopian children,” reports Xinhuanet.

Last May, and again in September, the US Department of State said it would continue to advocate for inter-country adoption from Ethiopia while asking prospective adoptive parents to consider other countries. Obviously, the Ethiopian government would have none of it and has dashed the hopes of prospective parents getting children from the country. Now child adoption will only be domestic.

However, some members of parliament have raised concerns over sufficient availability of local adoption facilities to cater to orphans. Several Western countries have also suspended adoptions from Ethiopia, fearing corruption within the inter-country adoption system and concerns over possible human trafficking.

Prior to the government’s latest decision, here are the eligibility requirements which were stated for prospective adoptive parents:

Age requirements: Ethiopian law and practice do not provide for inter-country adoptions by single persons under age twenty-five. If married, there is no minimum age. There is no maximum age limit; however, the practice is to limit the age difference between the prospective adoptive parent and the adopted child to no more than 40 years.

Marriage requirements: The Ethiopian government prefers to place children with married couples who have been married for at least five years. Single men also may not adopt in Ethiopia.

Income requirements: Prospective parent(s) must prove financial ability as determined by the Ethiopian courts, though there is no minimum income required.

Other requirements: Gay and lesbian adoption, and/or adoption by same-sex couples are not allowed in Ethiopia, although the Ethiopian government has occasionally approved such cases.