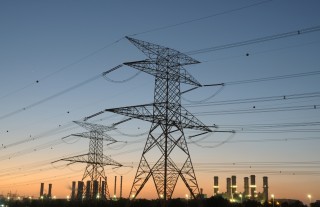 When Ethiopia announced plans to build Africa’s biggest dam- the Grand Ethiopia Renaissance Dam (GERD)- in 2011, it came as a bad joke for downstream African countries like Egypt and Sudan. This is because the dam would be situated on the Blue Nile, a river which feeds the two countries. But on Thursday, 17th of November 2022, the Ethiopian government announced its first commercial export of electricity to Kenya.

The transmission was done through the Ethiopia-Kenya Transmission Interconnection Line, a 500KV cross-border transmission power line- built to link the countries’ power grids. It is a 1,045 km long electricity highway capable of transmitting up to 2,000 megawatts.

The Ethiopia-Kenya electricity deal came one week after Addis Ababa successfully tested the electricity supply to Kenya through the power line.

Kenya stands to save more money buying cheaper electricity from Ethiopia compared to buying from independent power producers in the country. Meanwhile, Ethiopia looks to scoop at least $100 million in annual revenue from electricity sales to the neighbouring East African country.

The controversial Ethiopian dam began to generate electricity towards the end of February. Already, Ethiopia has earned $95.4 million from electricity exports to Sudan and Djibouti. It also plans to start selling electricity to Eritrea, South Sudan and Somalia. The country has further signed agreements with Somaliland, Tanzania and other African countries to supply electricity.

The Grand Ethiopia Renaissance Dam (GERD) project is a major hydropower project located on the Blue Nile in the Benishangul-Gumuz region of Ethiopia. The country has invested over $4.2 billion in building the hydropower plant. It seeks to provide electricity for its nearly 80% underserved population, generate foreign earnings and make Ethiopia East Africa’s leading power exporter.

But the Blue Nile is a major water source for Sudan and Egypt. It contributes about 85 per cent of the main Nile volume when it merges with the White Nile in Khartoum, feeding Sudan and Egypt. The two countries depend on it for core domestic uses- drinking water and irrigation. For years, disputes have erupted among the three countries over the potential food and water crisis the GERD poses on the downstream countries. Egypt and Sudan have made several unsuccessful efforts to get Ethiopia to reach an agreement on how the dam would be filled.

In July 2020, Ethiopia accused Egypt of inciting a violent protest within its borders in an attempt to stop the GERD project. The protest rode on the assassination of Ethiopia’s beloved music icon, Hachalu Hundessa. Although the Ethiopian government suggested the use of mercenaries to incite violence, it did not offer any proof of its claims.